Congresswoman Ashley Hinson made stops in Monticello and Edgewood earlier this week.

On Monday morning, the congresswoman was at Monticello City Hall to participate in a roundtable discussion on veterans affairs with the Jones County Veterans Affairs Commission and the Jones County Veterans Affairs Administrator. Hinson says they talked about resources that are available for veterans and how they can work together to ensure veterans are receiving the care they have earned.

And Monday afternoon, Hinson visited Kendrick Forest Products in Edgewood to tour their sawmill and meet with workers. Hinson says they talked about Kendricks’ concerns with continued federal overspending and the negative impact it will have on the economy. 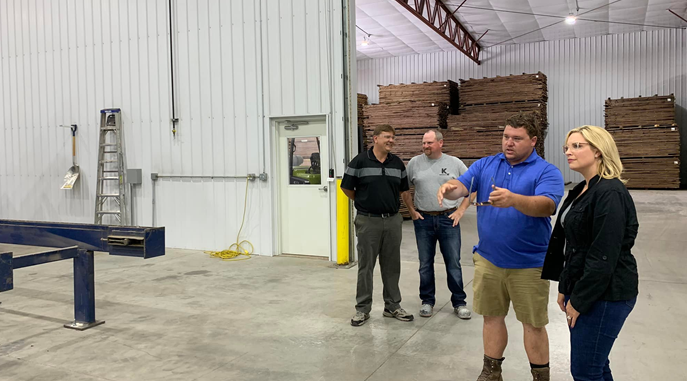 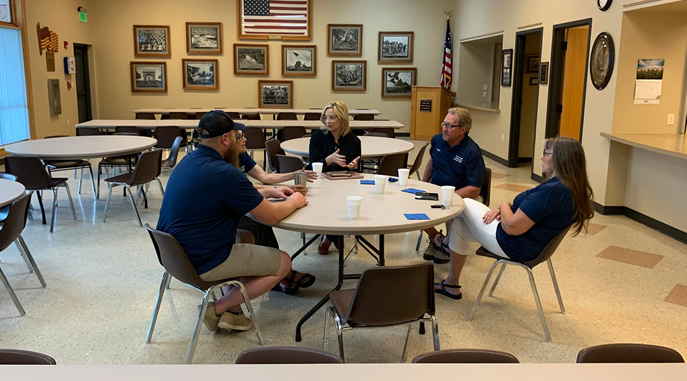