Dyersville was in the national spotlight last night as the Chicago Cubs and Cincinnati Reds met up for the second-ever Major League Baseball game at the Field of Dreams.

And whether or not you had a ticket to the game, MLB and movie fans could still participate in the festivities taking place downtown. George Heeren drove up from Cedar Rapids just to take it all in. 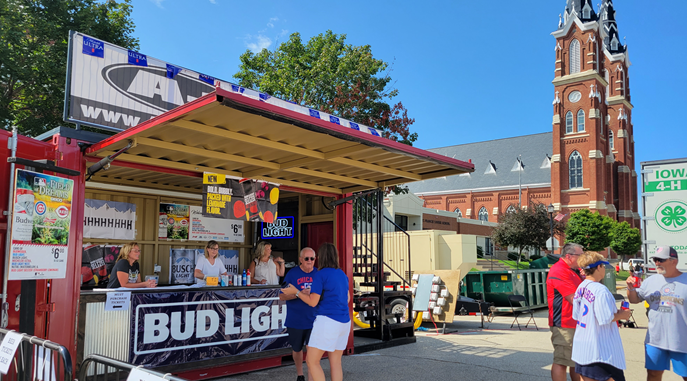 The Beyond the Game Festival had a special Fan Fest event that gave fans a chance to get autographs from some of baseball’s legends. 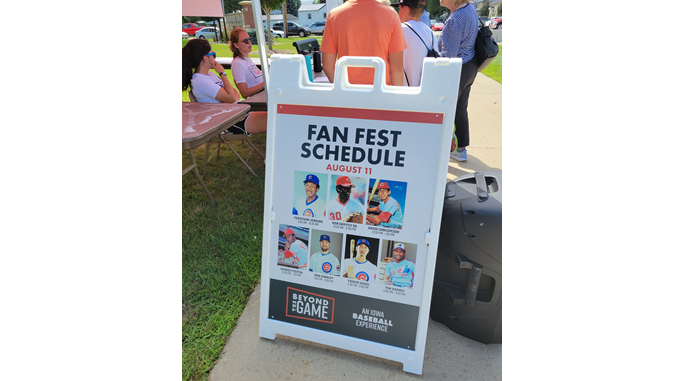 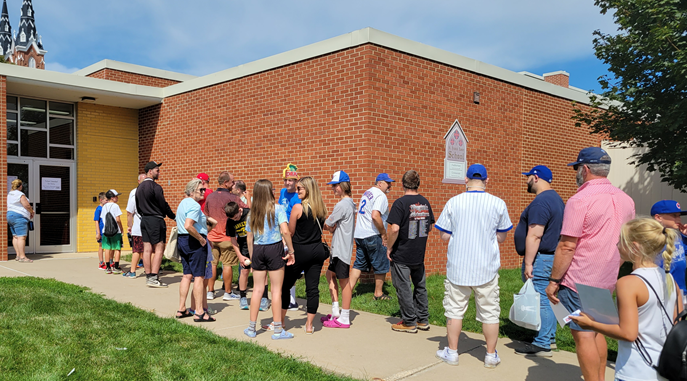 The festival also had vendors straight from Chicago selling all sorts of Cubs gear – including “Chicago Cubs – Dyersville, Iowa” t-shirts made exclusively for Thursday night’s game. 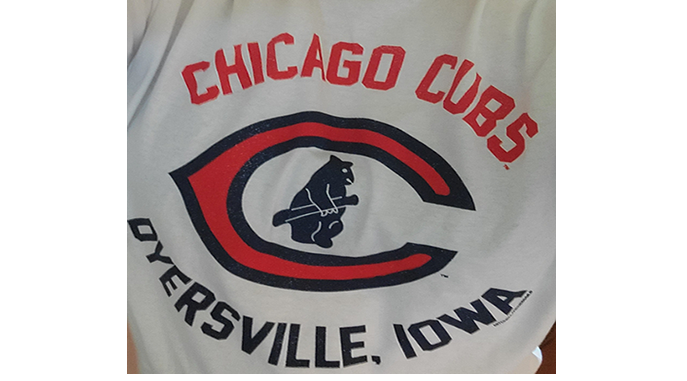 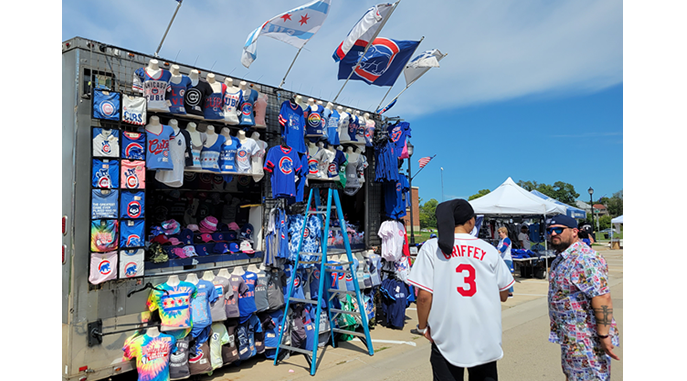 And Cubs fans were definitely outnumbering the Reds fans at the Beyond the Game Festival on Thursday. Chicago native Jack Kacmar made the trip from Toledo, Ohio (pictured above). He’s got season tickets for the Cubs and wasn’t about to miss this game.

For this game, it didn’t really matter if you were a Reds fan or a Cubs fan or the fan of another team… nearly everyone who had a ticket to the game or even made the effort to take in the festival had one thing in common. They all feel a connection with that little movie that was filmed on a Dyersville farm in the middle of a cornfield more than 30 years ago.

Dyersville held a watch party at the festival in the City Square last night, giving those who couldn’t go to the game the chance to watch it on the big screen with other fans. Friday is the last day for the Beyond the Game Festival, with live music throughout the afternoon and evening. 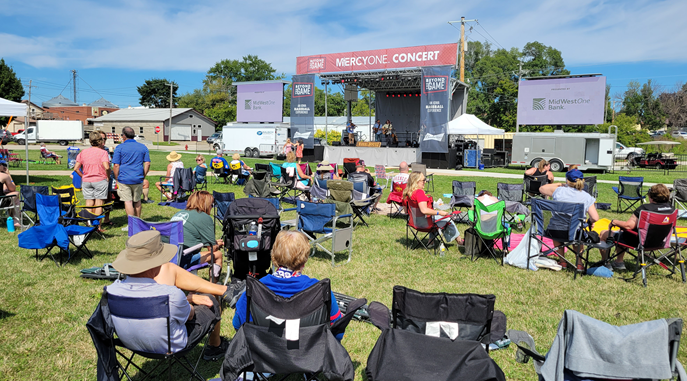