Senior team 1 dominated the competition as they topped 6 of the 8 team categories and all four earned top 10 individual
overall spots! Team members are Haley Ronnebaum, Alia Domeyer, Lane Domeyer and Bianka Ronnebaum. The team ranked
1 st out of 5 teams in the division in Ayrshire, Guernsey, Holstein, Jersey, Reasons and Overall. They earned 2 nd in Brown Swiss
and Milking Shorthorn.

The coaches of the Delaware County Dairy Judging teams are Kaleb Kruse and Jeannie Domeyer.

We appreciate the
support of parents, volunteers and the dairy producers who let them practice at their farms in preparation for the state
contest. This year teams judged animals at the farms of Tim Goedken, Mitch and Jenny Ronnebaum, Tom and Sara Kruse,
Knapp Genetics, Kurt Wolf and Kunde Jersey Farm in addition to practicing at the fairgrounds during the DelCo Classic.

With these victories, the Delaware County teams have achieved a rare feat of earning the top spot in every division for both Dairy
Quiz Bowl and Dairy Judging this year! 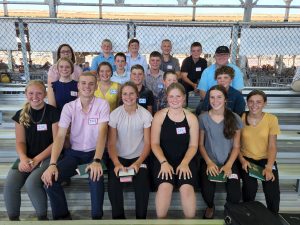 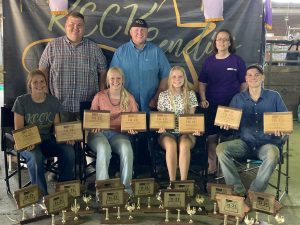 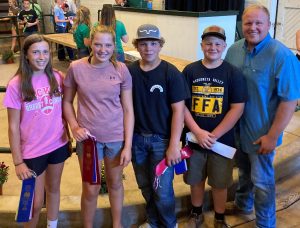