Manchester’s Shelly Park will be getting a makeover – and on Monday night, the City Council got a sneak peek at what it may look like.

Shelly Park sits downtown on the east side of the Whitewater Park next to the Marion Street Bridge. It’s known for its gazebo, which overlooks the Maquoketa River. But the City says with crumbling retaining walls and a separating staircase, the park is in need of repairs – so a renovation is in the works.

Larry Kurtz from Align Architecture presented his design concept for the park’s renovation project. The design shows trees creating a gateway to the park from the street, lookouts along a pathway that curves through the park and a circular grassy area. The aging gazebo will be removed, with a new shelter taking its place to better serve that area. City Manager Tim Vick explains:

The Council agreed they liked the initial design, noting they want to make sure there is enough shade in the park, since the large old hollowed cottonwood tree that’s currently there will need to be removed at some point. They’ll continue to work with Kurtz to fine tune the park’s design. 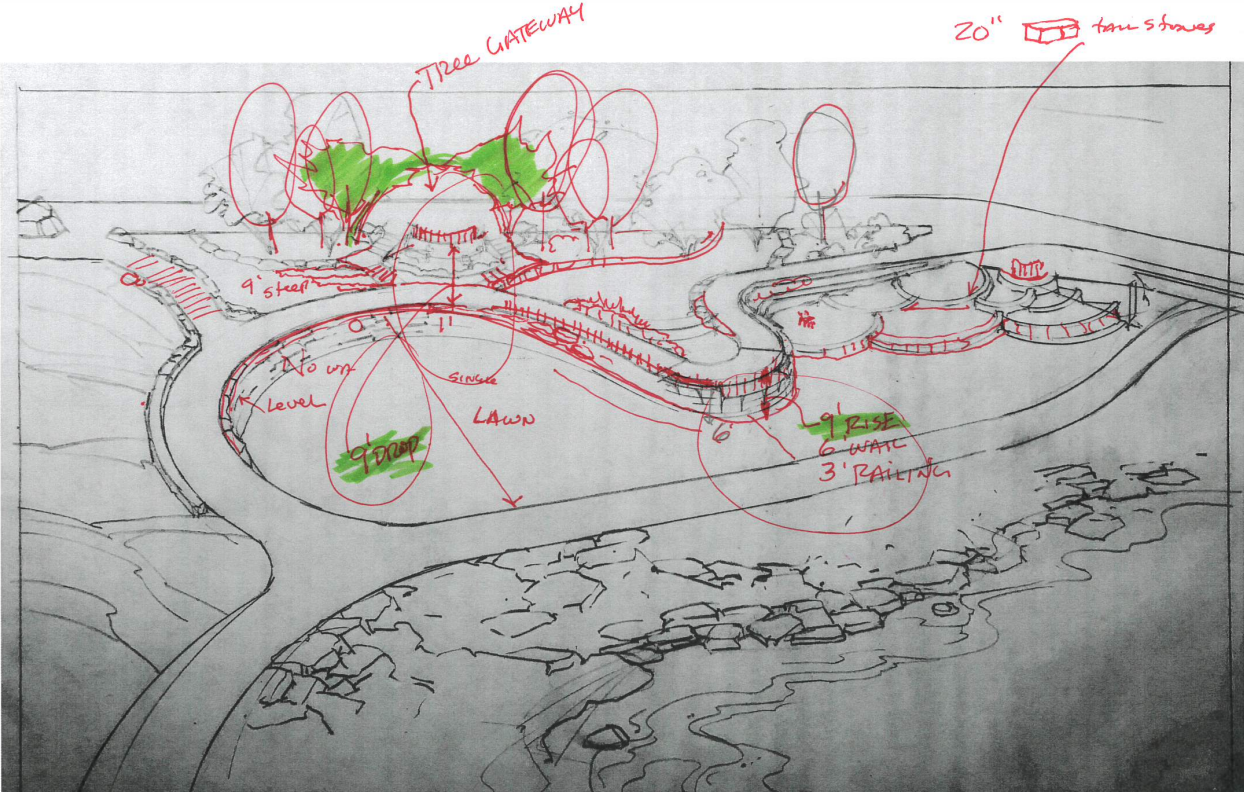 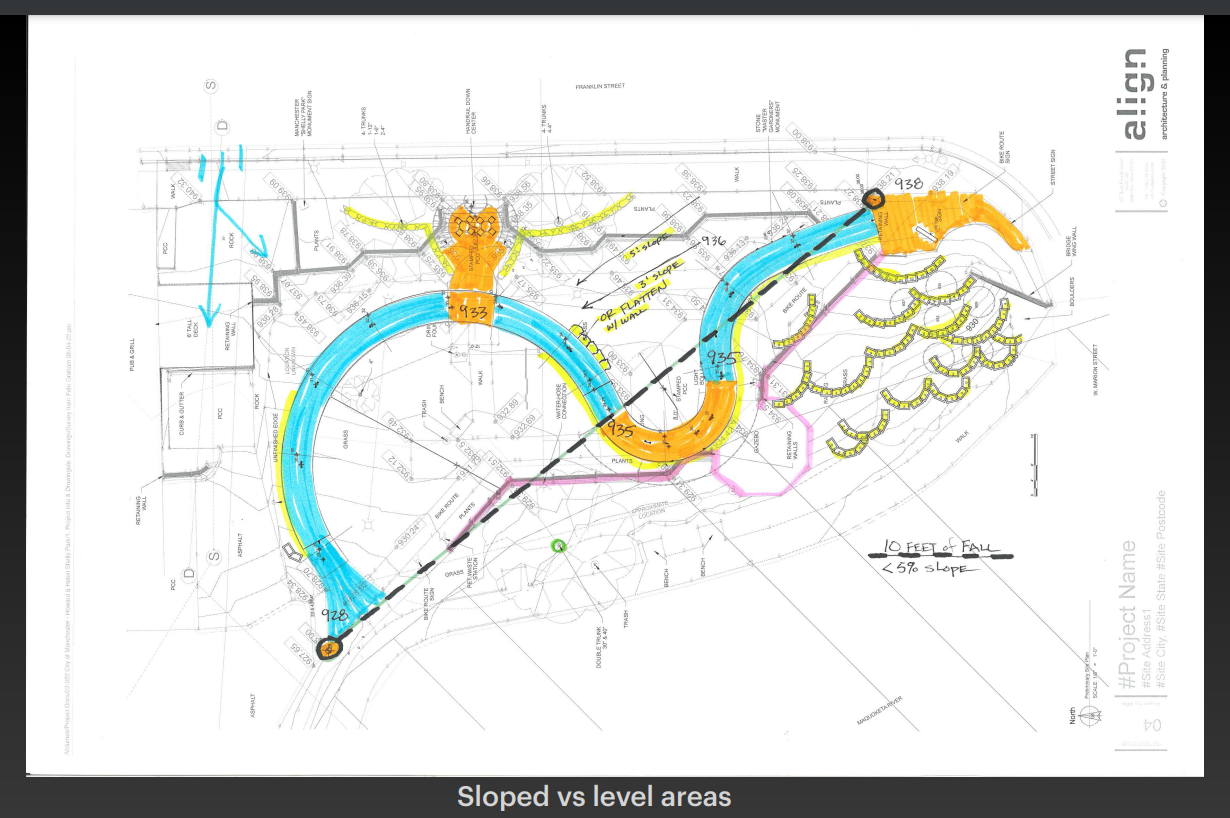 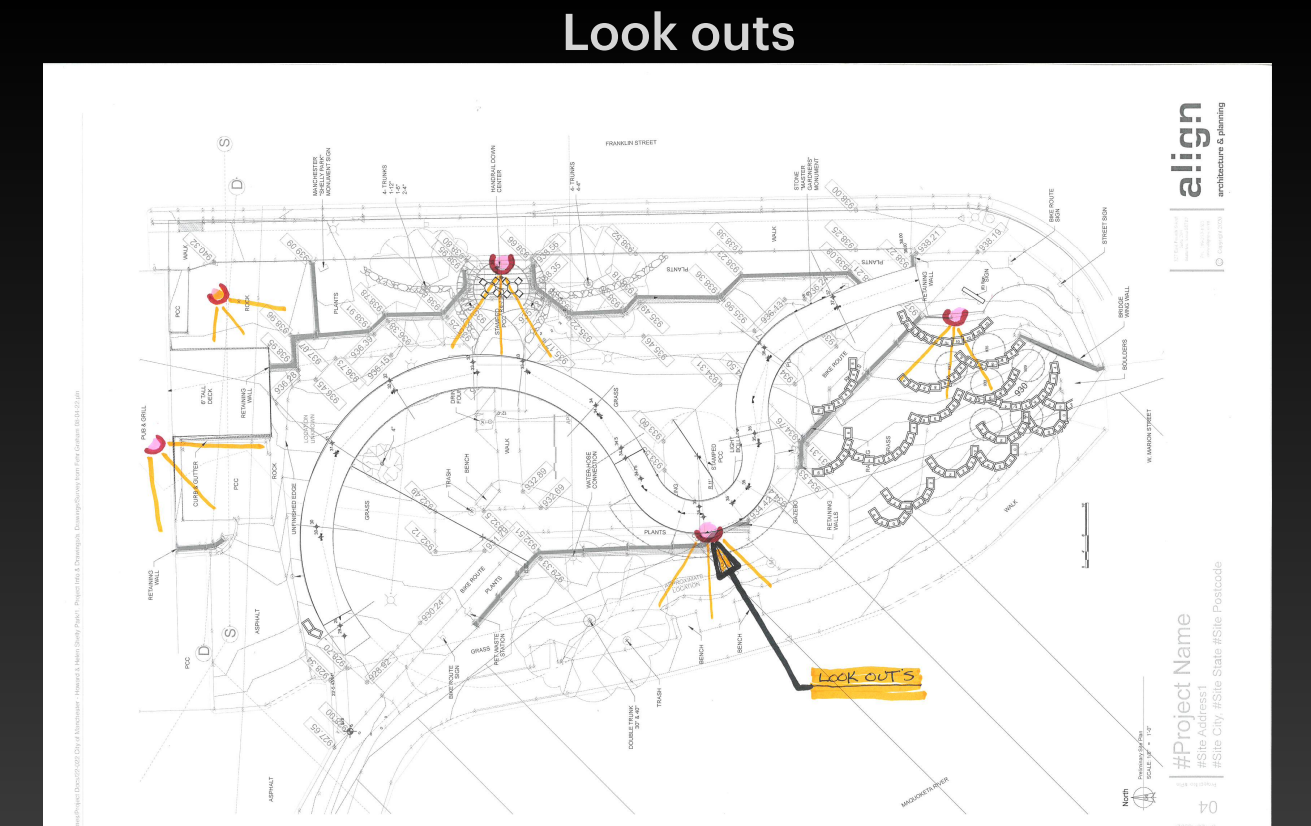 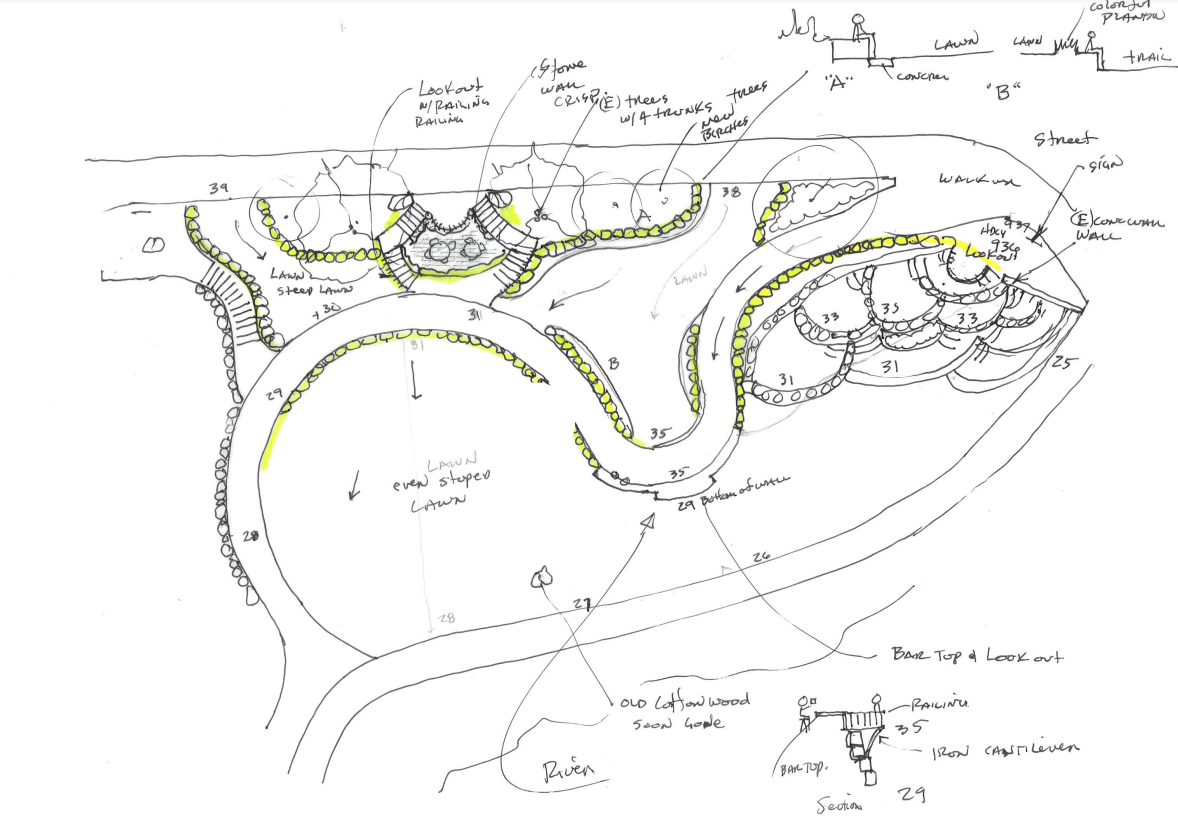 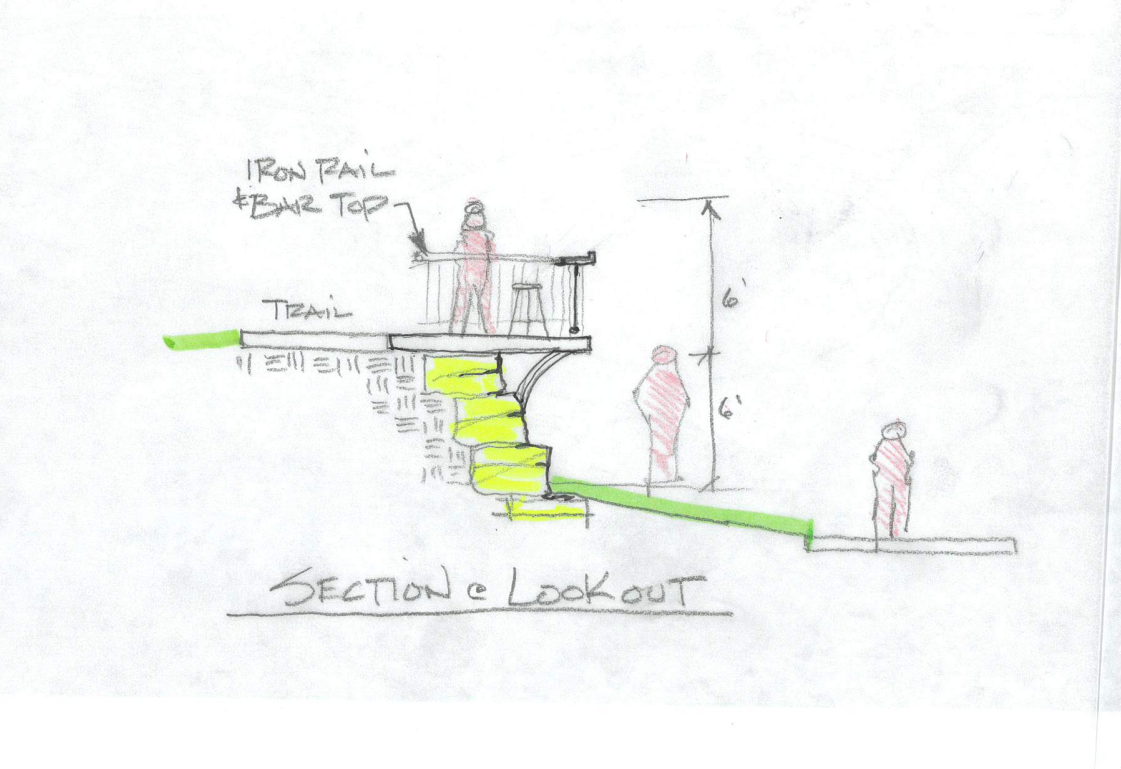 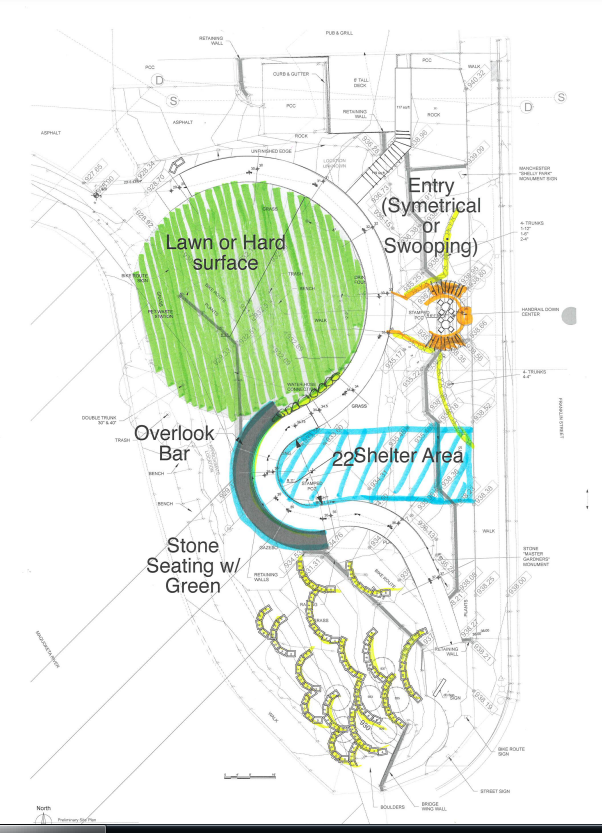 In other Manchester City Council news, the Council gave approval for repairs to the Kramer Aquatic Center on Monday night. The repairs include replacing three of the floatable lily pads and five new anchors, as well as concrete work to repair areas in the pool that have chips and cracking. The cost for the pool equipment will be about $8,700. The concrete costs will be quoted after the pool has been drained and staff is able to inspect the areas more closely.