The Beckman Catholic senior helps her parents, Craig and Karen Wulfekuhle, on their family’s wean-to-finish operation just north of Petersburg. She quoted radio broadcaster Paul Harvey’s heartfelt “So God Made a Farmer” speech during her address to the crowd, noting that farmers should be proud of their story. And that’s the message she’d like to get out as the new pork queen.

Wulfekuhle was crowned by fellow classmate Olivia Mensen, who is wrapping up her year-long reign as Delaware County Pork Queen.

Ella Cole and Kyria Loecke will serve this next year as Delaware County’s Pork Princesses.

And a Dundee woman was honored with the Belle Ringer Award. The Pork Board’s Shirley Helmrichs says they were long overdue in recognizing Celeste Heims.

Thursday night’s crowd was treated to a Windsor or Iowa chop dinner, with carryouts and curbside pickup available too. 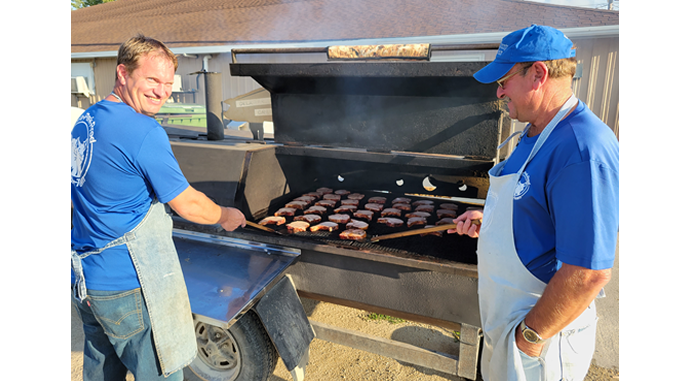