The Delaware County Board of Supervisors will be doing everything they can to prevent a carbon capture pipeline from coming through their county.

A company called Navigator CO2 is proposing to build the Heartland Greenway pipeline across Iowa, with the route proposed from the Dyersville ethanol plant west through farmland north of Earlville, Delaware and Manchester into Buchanan County and then northwest across the state. The pipeline is designed to capture carbon dioxide emissions produced by industrial facilities, including ethanol plants like the one in Dyersville. During the capture process, the carbon dioxide is dehydrated and compressed into a liquid form. Navigator is seeking non-exclusive 50-foot permanent easements on farmland along the route, with the pipe to be buried five feet below the ground’s surface. Affected landowners were recently contacted by mail and many spoke out against the project during an informational meeting hosted by the Iowa Utilities Board in Manchester last week. 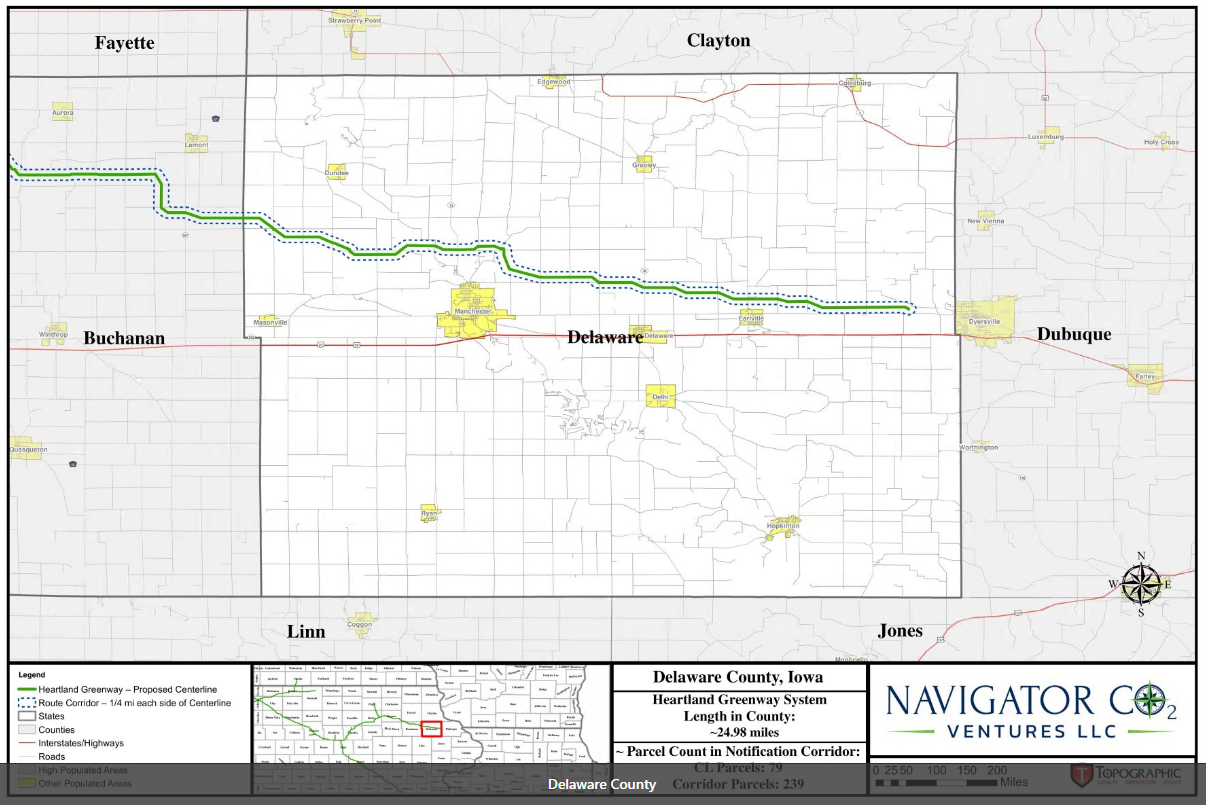 While the pipeline will be passing through rural parts of Delaware County, landowners say they’re not the only ones affected because it will come within two miles of Manchester’s city limits – two miles within the Delaware County fairgrounds, the Beckman Sports Complex and Lambert Elementary and West Delaware Middle School. Around a dozen landowners showed up at the Delaware County Supervisors meeting on Monday to share their concerns – which deal mostly with safety – and to find out what could be done.

And after hearing their concerns, each of the Delaware County Supervisors publicly announced Monday they are opposed to the pipeline. Supervisor Jeff Madlom:

Buschmann says he just attended a conference of the Iowa State Association of Counties with elected county officials from all across the state last weekend – and the pipeline was what everyone was talking about.

Helmrichs says Delaware County will do everything they can to stop the pipeline. But she says the landowners need to show up and make their voices be heard at the Iowa Utilities Board’s public hearing on the project in October.

A public hearing date and location has not yet been set.

If all goes according to their plan, Navigator is hoping to file their petition with the Iowa Utilities Board in October and kick off construction in 2024. 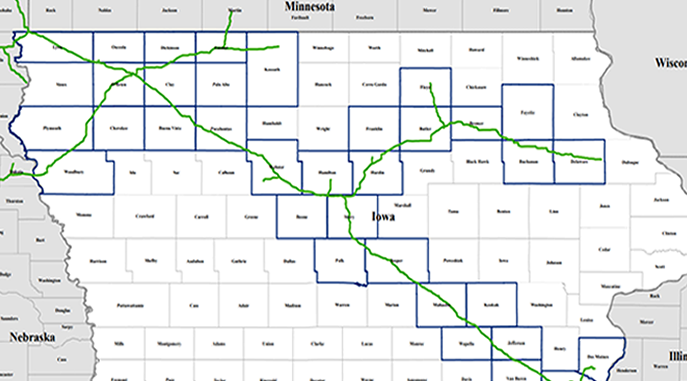 Back to School for West Delaware and St. Mary's Students