A Dubuque County native is being considered for the position of U.S. Undersecretary of Agriculture for Trade and Foreign Agricultural Affairs.

Alexis Taylor is President Biden’s nominee and testified on Thursday during a nominations hearing before the U.S. Senate Ag Committee.

She is a 2000 graduate of Beckman Catholic and grew up on a farm near Holy Cross, which has been in her family for more than 160 years.

Taylor currently serves as Director of the Oregon Department of Agriculture and previously oversaw the USDA Farm and Foreign Agricultural Services.

U.S. Senator Chuck Grassley, a member of the Senate Ag Committee, had previously called on the Biden Administration to prioritize agricultural trade by filling critical roles at USDA. He applauded Taylor’s nomination earlier this year – and praised her nomination again during Thursday’s hearing. 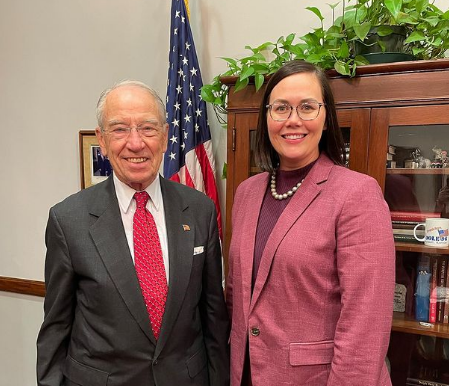 The Senate Ag Committee will consider sending Taylor’s nomination for Under Secretary for Trade and Foreign Agricultural Affairs to the full U.S. Senate.