Superintendent Russell Reiter says the school constructed and dedicated a new entry into Leinbaugh Field and the stadium – and in doing so, the Smith family donated a Mustang statue.

Reiter says the school thought it would be nice to honor both Coach Leinbaugh and Sgt. Smith. Sgt. Smith, who was from Independence, was killed in the line of duty last year.

Family, friends and fellow State Troopers attended this week’s dedication. Reiter says the Independence School District is honored to be a part of making sure ISP 462 will never be forgotten. 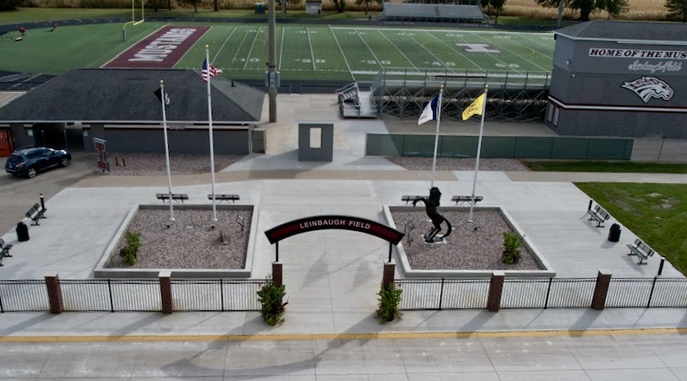