The governor was joined by a team of Republican candidates, who will all be appearing on the General Election ballot in contested races next Tuesday – Lt. Governor Adam Gregg, Congresswoman Ashley Hinson, Secretary of State Paul Pate, Secretary of Agriculture Mike Naig, State Treasurer candidate Roby Smith and Attorney General candidate Brenna Bird.

They each took turns to rally a crowd of about 60 supporters that showed up to Old 20 Auctions on the east side of town. Governor Reynolds says they’ll need the red wave to show up next Tuesday so they can continue making Iowa a great place to live.

Governor Reynolds says it’s a good energy having this team of Republicans out on the road together.

And they brought State Senator Dan Zumbach of Ryan onto the stage with them in Manchester too. 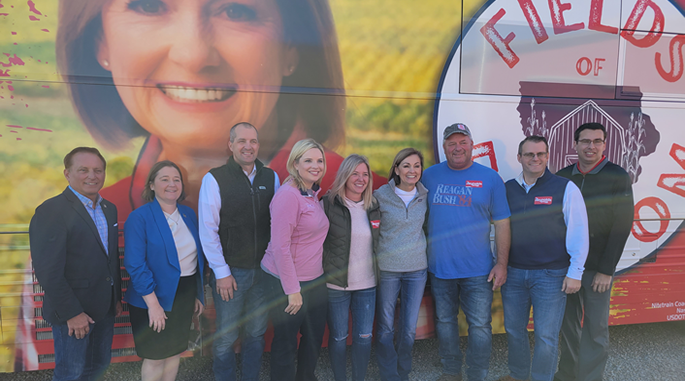