Two people were injured in a semi collision in Buchanan County early Friday.

The Buchanan County Sheriff’s Office says a semi tractor-trailer operated by Jordan Shaw of Florida was parked along the north shoulder of Highway 20 near the 261 mile marker exit ramp to Racine Avenue south of Winthrop around 1:30 am when it was rear-ended by a westbound semi tractor-trailer driven by Bradley Strese of Wisconsin.

Both semis were significantly damaged. Both drivers were transported to Buchanan County Health Center.

Strese was later cited for failing to maintain control. 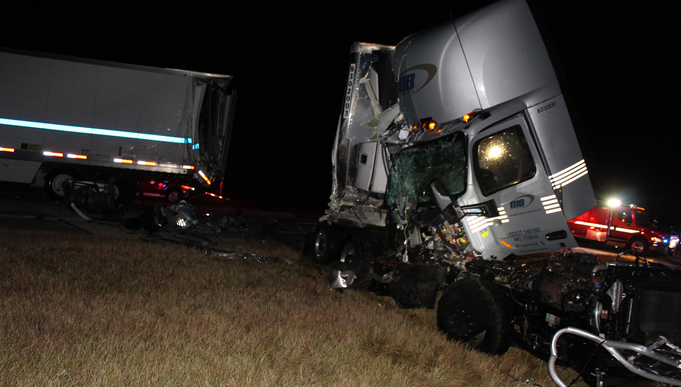