Not Quite Brothers will be back home in Manchester next Wednesday night, November 23rd on Thanksgiving Eve for a fundraising concert to support Delaware County Pay It Forward.

Organizer Missy McIntyre of Manchester says they were looking for a fun way to raise money – and to celebrate the holiday with friends like the old days.

The concert will kick off at 6 pm at the Delaware County Fairgrounds Pavilion, with Scott Dalzeil opening the show and Not Quite Brothers taking the stage at 8 pm. Band member Cooper Corcoran of Ryan says the band definitely wanted to be part of this hometown show.

McIntyre says they’ll use the proceeds from this “Fun”draiser concert to help fund all the various programs Delaware County Pay It Forward offers.

There is also an online auction running now until 5 pm the night of the concert – with such items as a VIP area for the show, a bus rental for up to 28 people and a night in the igloo at Riverbend Pub & Grill.

The concert is open to all ages. But since the concert will be held indoors, there will be a limited number of 500 tickets available – so Corcoran recommends you buy them early.

Tickets are $20 in advance or $25 at the door (if they’re still available that night). You can find the link under the “Delaware County Pay It Forward” Facebook page. 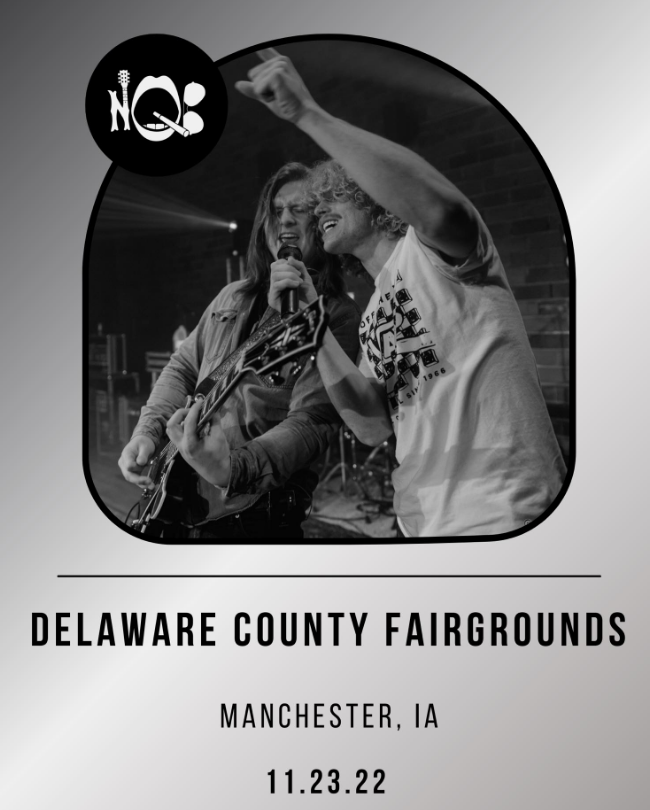