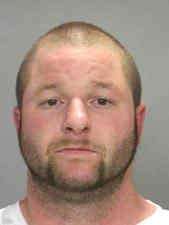 A driver was arrested on drug charges after stealing a vehicle in Winthrop.

The Buchanan County Sheriff’s Office says they received a report of the stolen vehicle early Saturday morning and found it a short time later in Independence.

The driver, 32-year old Todd Roe of Waterloo, was taken into custody on theft charges. Authorities also found him with methamphetamine and drug paraphernalia.

He remains in custody in the Buchanan County Jail.