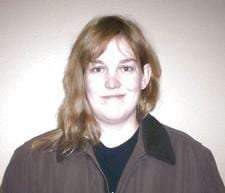 INDEPENDENCE, Iowa (AP) – A judge has ordered psychiatric tests for a woman accused of killing her former husband in Buchanan County.

On Tuesday, the judge delayed the trial set to begin next week and said Hillary Hunziker must undergo evaluation to determine whether she is competent to aid in her defense. She’s pleaded not guilty to first-degree murder in the November 6th stabbing of Jason Hunziker at his home northwest of Independence.

Her attorney had requested that the 32-year-old be tested.

A criminal complaint says a child called 911 early on November 6th and told the dispatcher that his mom stabbed his dad. That was followed by a call from Jason Hunziker, who said his former wife had stabbed him. Deputies later found Jason Hunziker dead in the home.