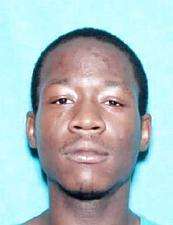 Police were called to 108 Ludland Drive on Sunday for a disturbance. When officers arrived on the scene, they were informed that White had kicked in the door so he could try to retrieve property. Officers were told that the cause of the disturbance stemmed from White slapping his son, leaving the 2-year old with bruised eye.

Officers tracked down White later that night and took him into custody.

He has been charged with Child Endangerment, Fourth Degree Criminal Mischief and First Offense Trespassing.