The Manchester man who was recently hired as Beckman Catholic High School’s new principal is looking forward to next school year.

Marcel Kielkucki was named to the position last month.

Kielkucki grew up in Minnesota, earning his undergraduate degree in secondary education from Mount Mercy University and completing his education administration degree at the University of South Dakota. He started his teaching career as a social studies teacher at Starmont High School and is currently the director of high school completion programs at Kirkwood Community College, where he also served as an instructor coordinator for distance learning.

Kielkucki says he’s excited for his next role as Beckman’s principal.

Kielkucki will take the reigns from Pat Meade, who is retiring June 30th after serving as Beckman principal for the past ten years.

Kielkucki’s duties officially begin July 1st, but he’s already connected to the Beckman community. His daughter, Gabrielle, is an eighth-grader at the school, so he’s been a Beckman parent for the past couple years… and he recently participated in one of Beckman’s Community Pep Band performances, playing his trombone at a boys basketball game! 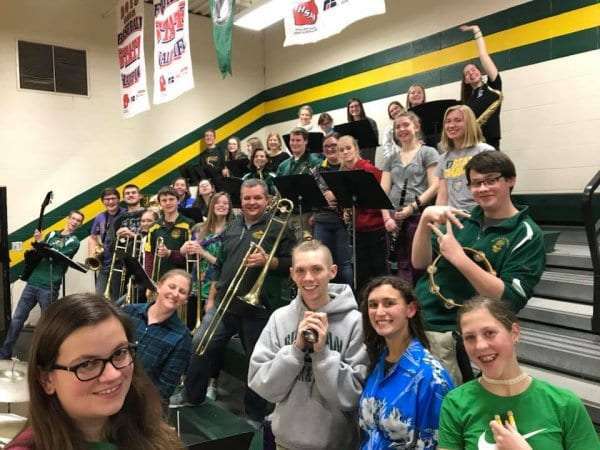