Dick Bell is Vice President of the Eastern Iowa Honor Flight based out of Cedar Rapids.

Bell recently stopped by the Manchester American Legion to talk to about fifty veterans during their weekly Hump Day Coffee Club. And he was presented with several checks, including one from Mike Zellner representing the Legion Riders.

Kirk Burkle says the Knights of Columbus Council 1962 was happy to donate two thousand dollars to the Honor Flight program.

Dental Associates are supporters of the Honor Flight, too. Connie Behnken says our local veterans are pretty special to them.

Bell says they appreciate the support from the Manchester and Delaware County community.

Several Honor Flights are planned this year and veterans are encouraged to apply. We’ll have more on those details in upcoming newscasts here on KMCH. 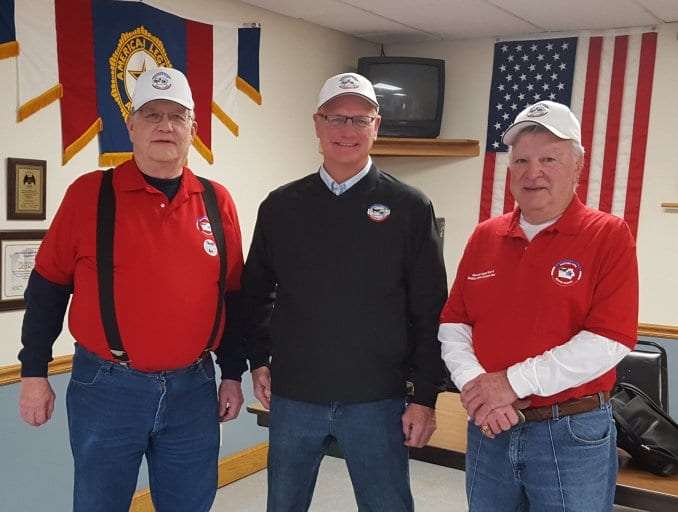 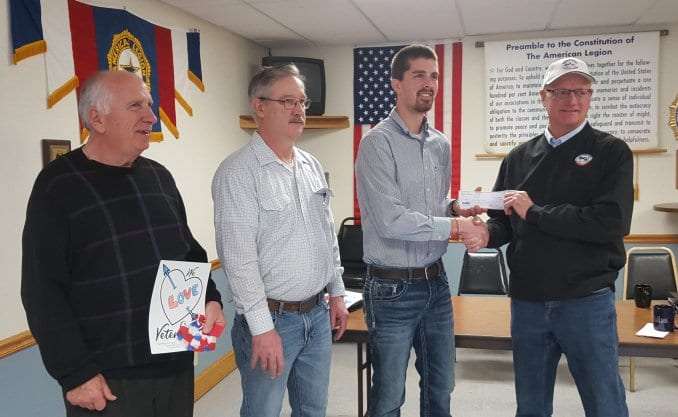 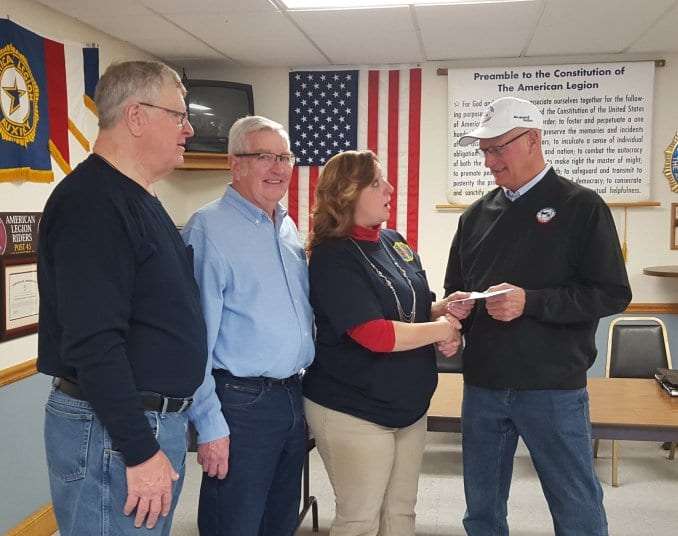