Along with an address from keynote speaker and atmospheric scientist Eric Snodgrass, several awards were also presented.

The Manchester Chamber presented their Friend of Ag Award to Roger Helmrichs of Dundee. Helmrichs has been involved in the ag community in a number of ways over the years, serving on the Delaware County Extension Council and helping with the effort of putting up barn quilts around Delaware County. He says the honor means a lot to him.

Delaware County Conservation presented several awards, including the Don Eibey Memorial Award, which was given to John Smith of Manchester. 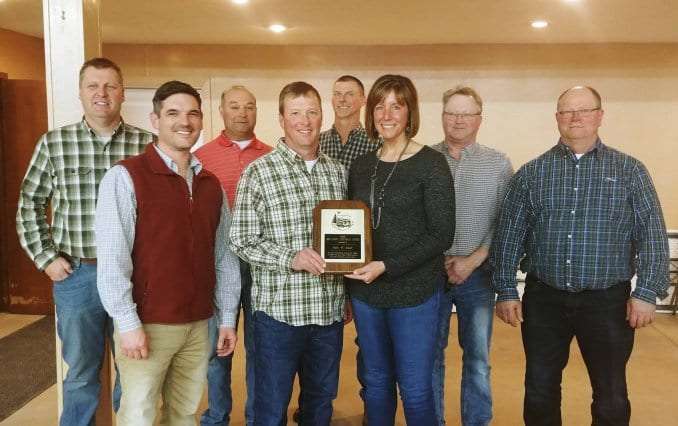 The Delaware County Conservation Award was presented to Sharon and Gene Tinker, a brother-sister duo who have been focused over the years on balancing the nutrient requirements of their crops and livestock with what their land can produce. 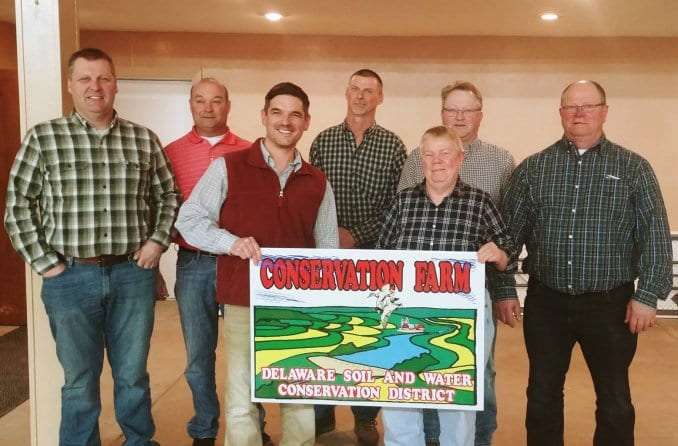 And the Windbreak Award was given to Ron and Arlene Wulfekuhle, who planted their first windbreak at their home farm near Ryan in 1995 and recently planted two other windbreaks at different hog operations. 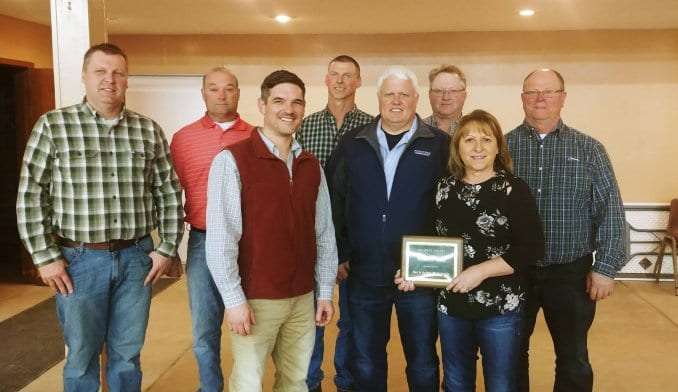 And the day also included the FFA Career Fair in the morning, with dozens of FFA students from Maquoketa Valley, Ed-Co and West Delaware’s chapters attending. The students visited with a number of local businesses to learn more about possible career paths related to agriculture. 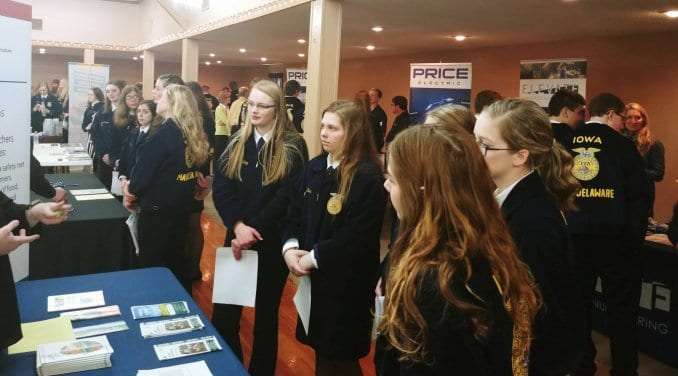 KMCH was one of those businesses, with News & Farm Director Janelle Tucker talking to the students about ag communications and giving them an opportunity to try out the role of a reporter by interviewing each other…

Some of the FFA students were asked by their peers why they joined FFA, including Cole Moser of Ed-Co and Brooke Wilson of Maquoketa Valley.

Some of the other FFA students were asked what they planned to do after high school. Shelby Westhoff of Beckman says her FFA instructor Dawn Mausser has influenced her decision…

Regardless of why they joined FFA or what their future plans were, all the students had an interest in agriculture, including West Delaware FFA student Claire Rausch.

The FFA students stayed for the Ag Luncheon to hear some words of advice from keynote speaker Eric Snodgrass – and the MV chapter even stuck around afterwards to help clean up. 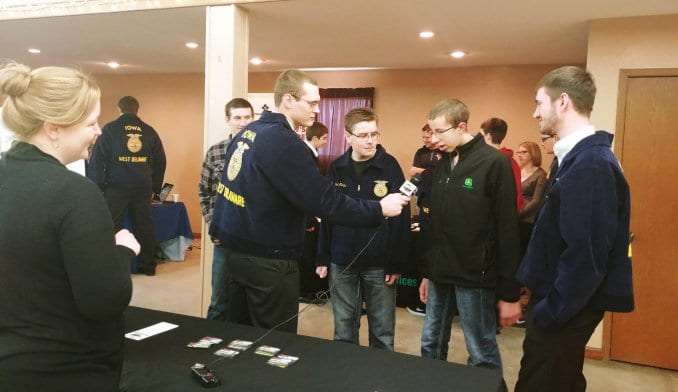