Saturday turned out to be a beautiful day for Dyersville’s Annual St. Patrick’s Day Parade.

Thousands of people turned out in downtown Dyersville to watch the parade, which lasted well over an hour.

Leading the parade was this year’s Grand Marshall… Father John O’Connor, who will retiring this year from St. Boniface Parish in New Vienna and St. Peter and Paul Parish in Petersburg.

Skidd Marks had the winning float, with a band of Minions entertaining the crowd. Tauke Motors took second place with their Jurassic O’Park float, which included dinosaurs that interacted with the crowd. Home Instead won third place, with the James Kennedy Public Library receiving Honorable Mention. 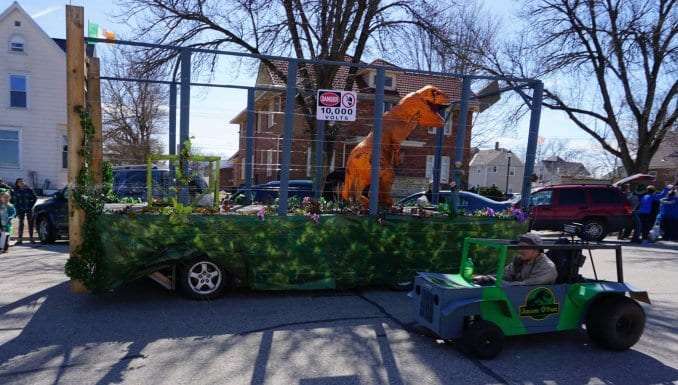 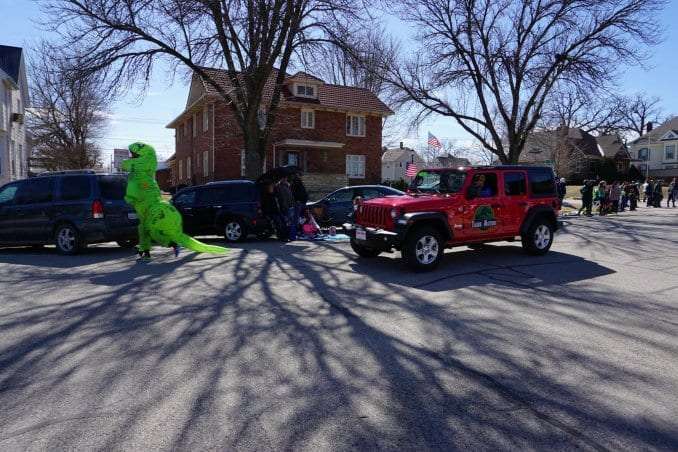 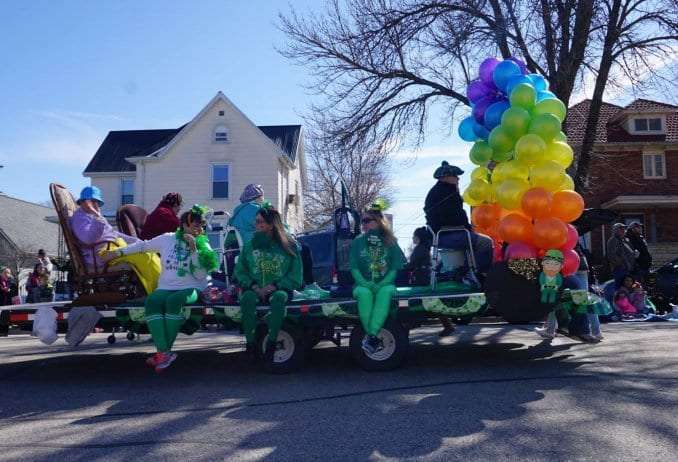 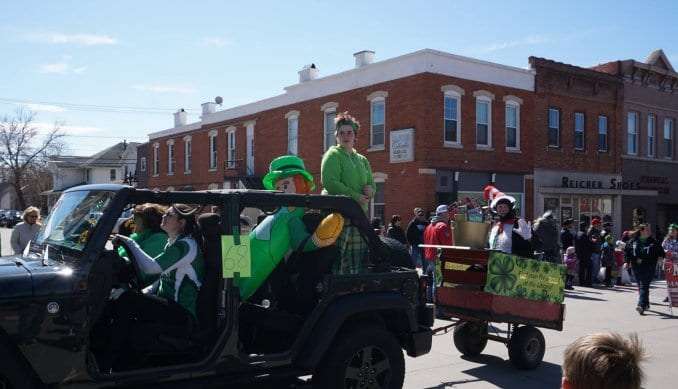