Officials say the Emerald Ash Borer has now been discovered in Buchanan County.

Insect samples were collected from ash trees on private property in Winthrop and submitted to the USDA’s Animal Plant and Health Inspection Service, which confirmed them positive for Emerald Ash Borer.

The Iowa Department of Agriculture says trunk injections can be done now through the end of August if a landowner is interested in protecting a healthy ash tree within 15 miles of the infestation.

The Emerald Ash Borer was also confirmed Friday in three other counties, bringing the total number of counties in Iowa now up to 61. The insect has not yet been discovered in Delaware or Jones counties. 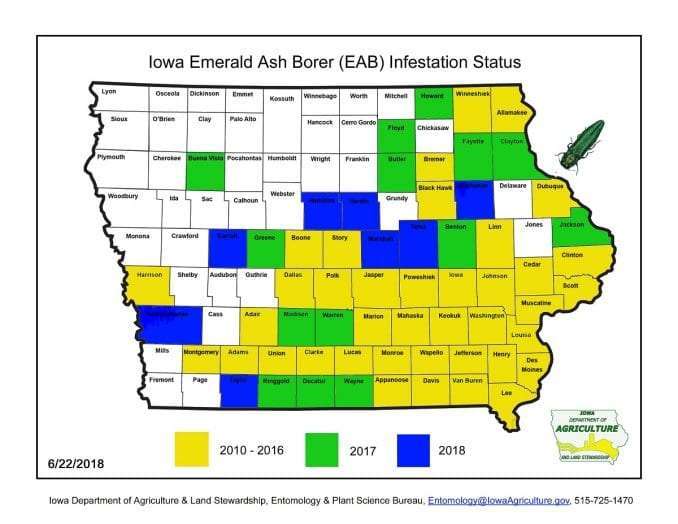