Monday was a busy kickoff to the Delaware County Fair.

While many places on the fairgrounds were getting set up for the week, 4-H and FFA members were gathered inside the pavilion getting their projects judged.

And she ended her day by winning Grand Champion at the 4-H/FFA Dog Show with her poodle, Jasmine. Fellow club member, Ella Cole, won Reserve Grand Champion with her yellow lab, Zoey.

There are a couple of things she looks forward to during fair week.

The 4-H/FFA Horse Show and Pen of Three were also held yesterday. Check our website at kmch.com for a list of Monday’s winners!

Monday was also a hot and humid night for the Delaware County Fair parade. The West Delaware cheerleaders created a float this year for the first time.

That’s football cheerleader Addy Rieken, who says it’s neat to be part of the parade.

A special group of people were leading the way in Monday night’s parade… former members of the Delaware County Fair Board were honored as this year’s grand marshals, with around thirty of them returning for the special occasion. Dennis Scherbring recently served six years on the board and still helps out during fair week each year. He says it’s hard work, but the appreciation from fairgoers makes it all worth it.

Dick Clemen from Manchester says it was good to come back and see some of the people he served with. Clemen was elected to the fair board in 1986, and during his 21 years serving, the fair saw a lot of improvements… and he was right there getting his hands dirty working on the construction of those projects.

The former fair board members, the current fair board and other fairgoers stuck around for a special opening ceremony last night after the parade that featured the mayors from each community in Delaware County carrying in a flag representing their town and placing it at the top of the grandstands… that’s where those eleven flags will be flying for the rest of the week.

Day Two of the Delaware County Fair has been filled with more 4-H and FFA judging, with the Pet Show at 10 am, Meat Goat Show at 2:30 pm, Sheep Show at 4 pm and Kiddie Lamb Show at 4:30 pm. Poultry and Rabbit Judging also took place today. The free carnival kicked off at 3 pm today. And Fair Manager Jeannie Domeyer says there’s a couple of entertainment options tonight.

And a special presentation will take place before Motocross tonight at the grandstands. Delaware County ISU Extension and Outreach is celebrating 100 years this year and ISU Extension and Outreach Vice President John Lawrence will be on hand tonight to present a plaque to the Extension Council. Previous staff, volunteers, 4-H and Master Gardener alumni and the public are invited to this celebration, which will take place on the grandstage stage at 6 pm. 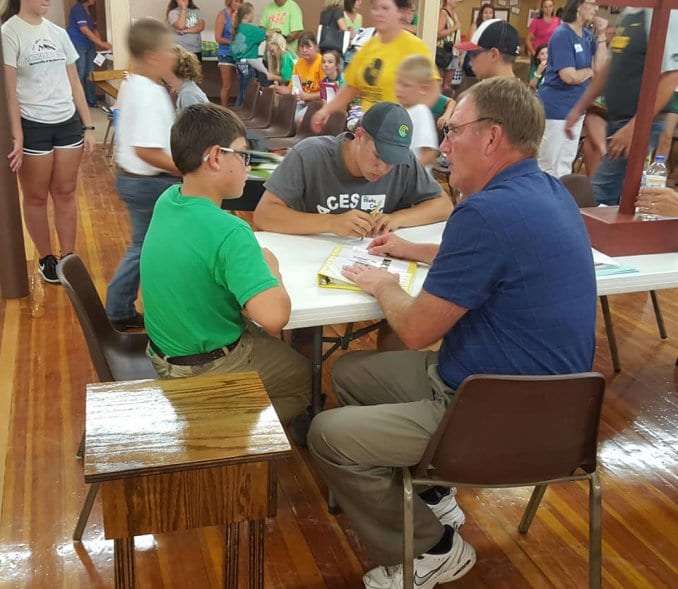 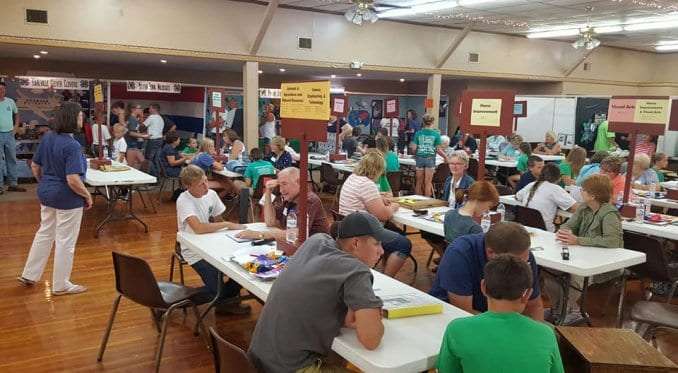 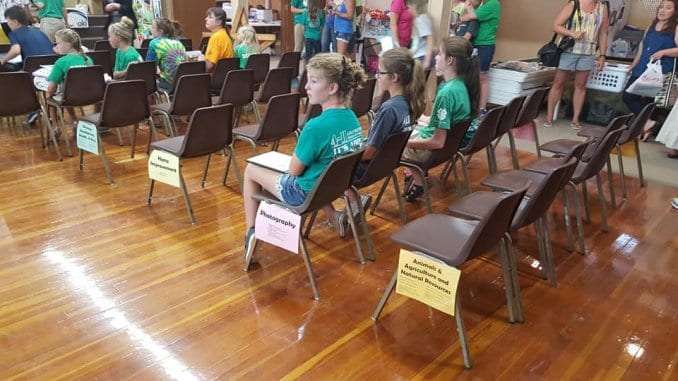 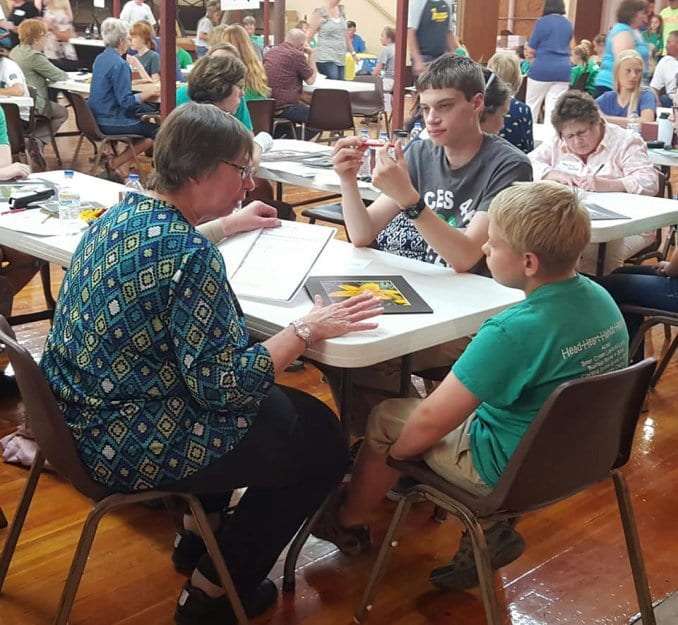 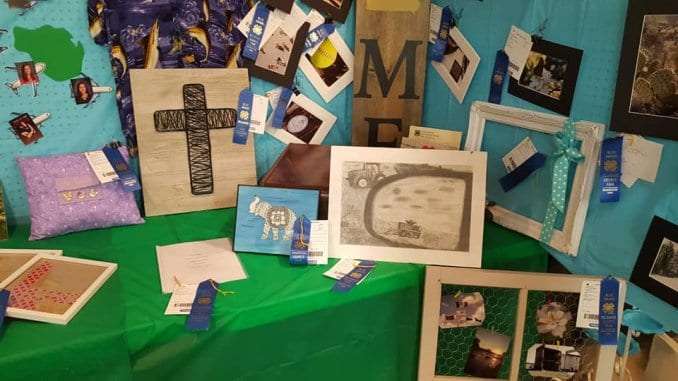 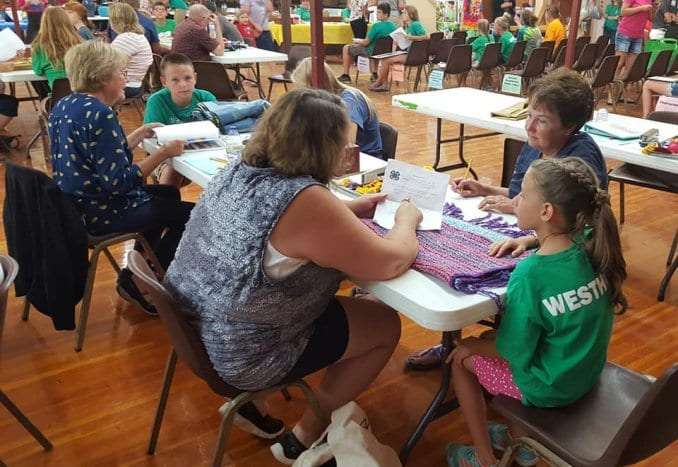 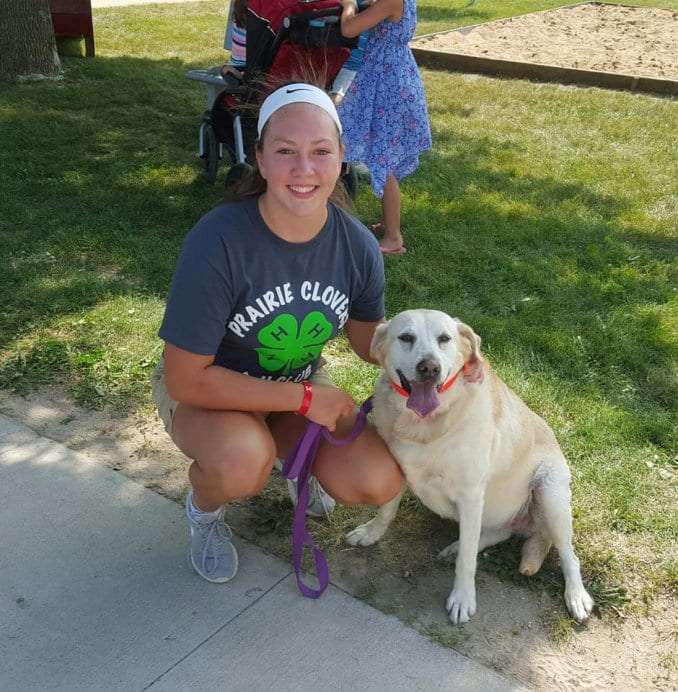 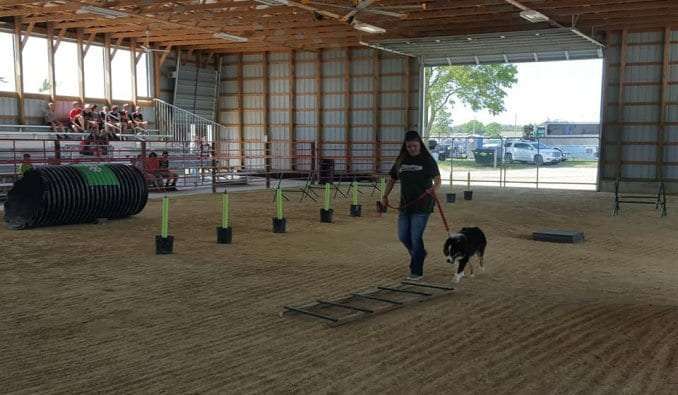 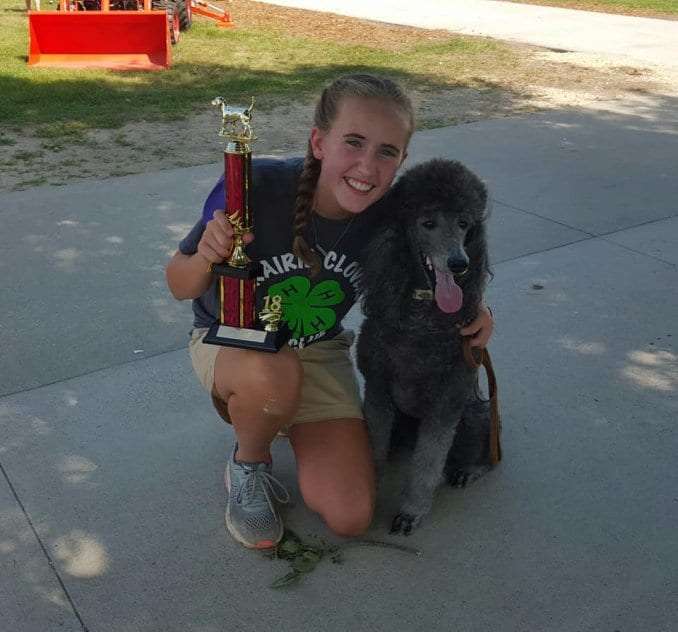 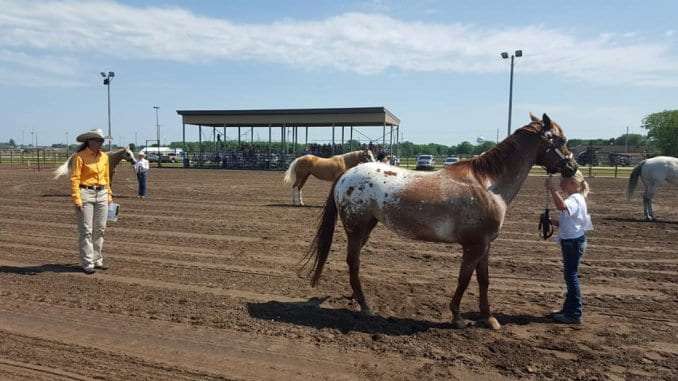 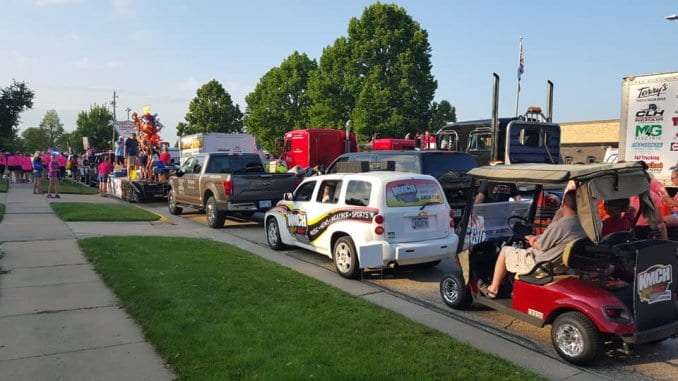 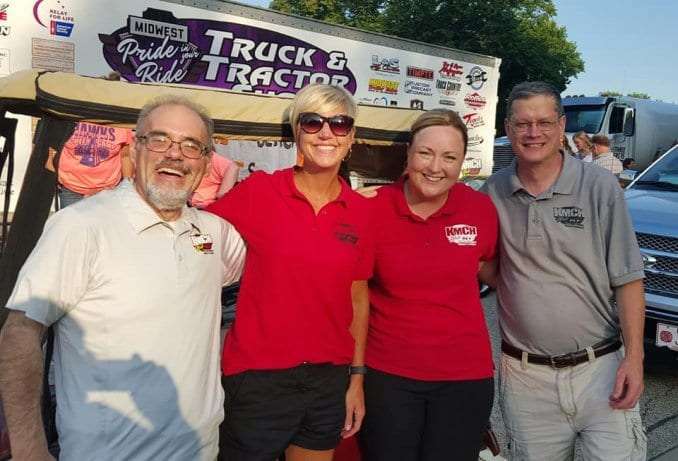 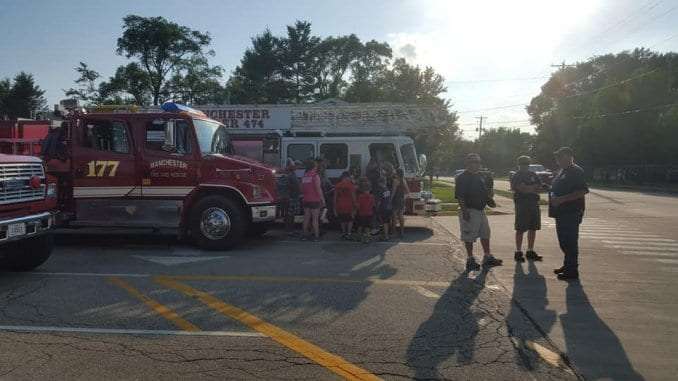 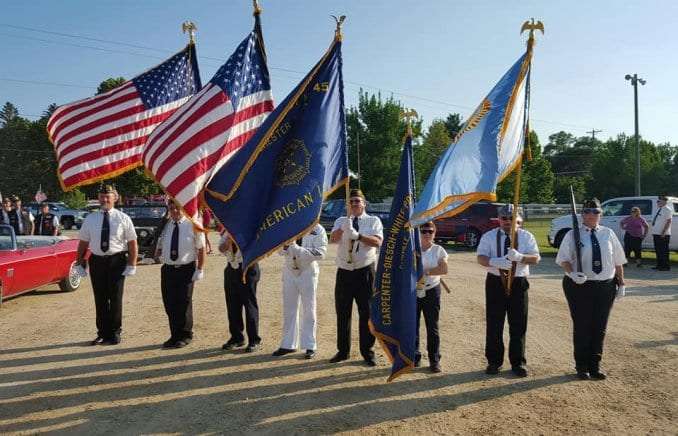 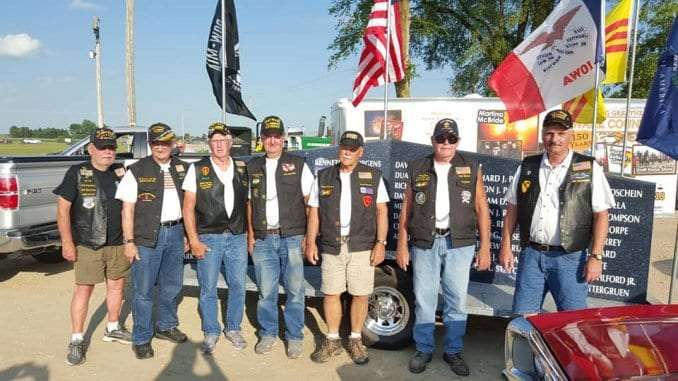 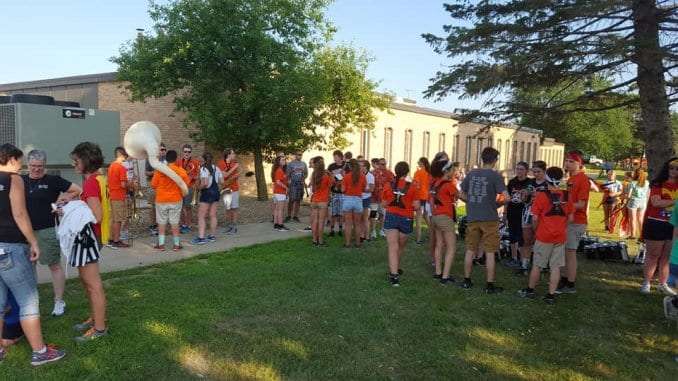 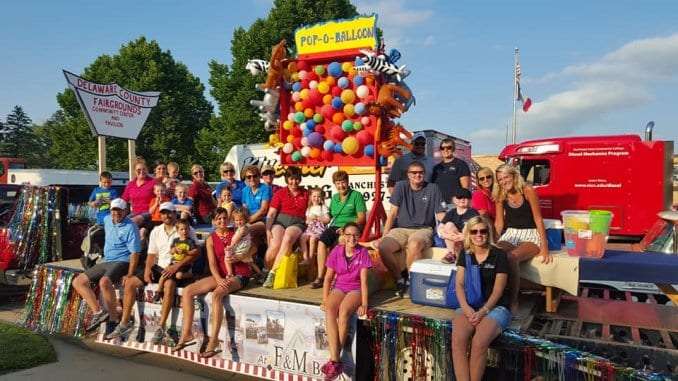 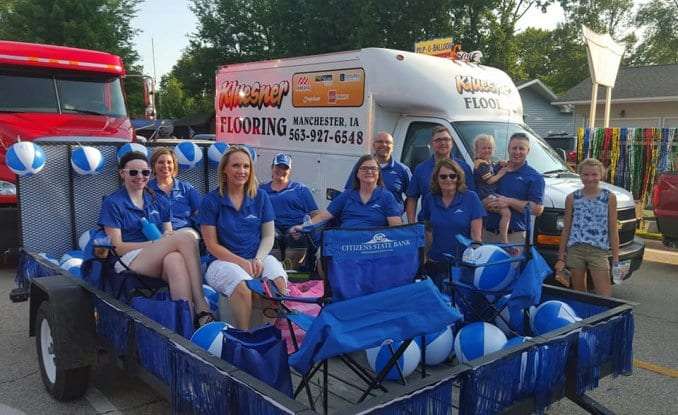 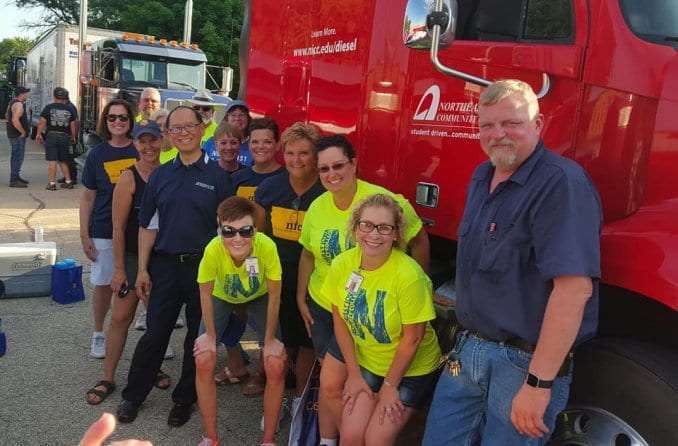 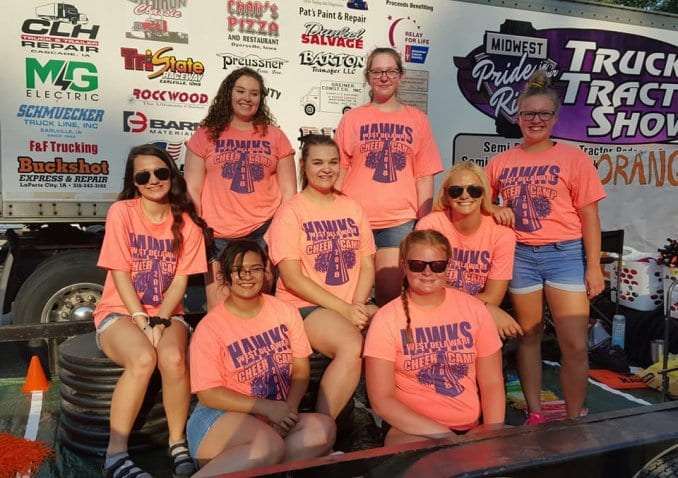 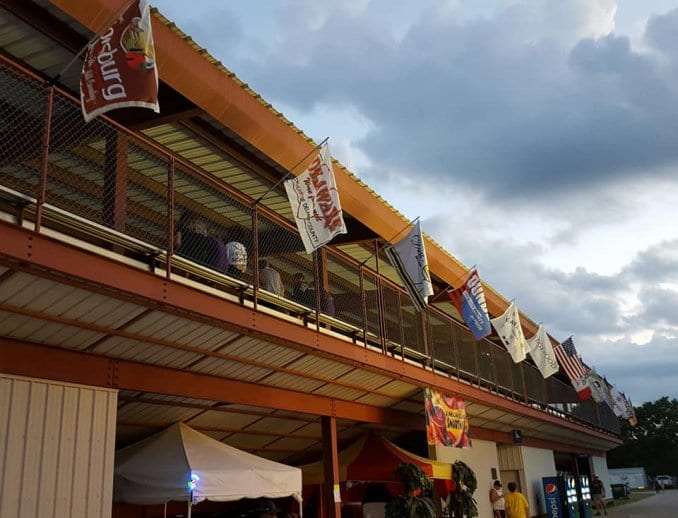