Congressman Rod Blum was in Manchester on Tuesday for a private meeting hosted by the Delaware County Farm Bureau at their office.

Blum met with ag producers and business and community leaders during the hour-long meeting.

Trade was also discussed. Blum says businesses and consumers are optimistic about the economy, while the ag community isn’t at the moment. But he’s confident President Trump will make trade deals better. Blum spoke recently to Commerce Secretary Ross, who was confident that a trade deal with Mexico would be complete within 90 days.

Congressman Blum had the rare opportunity to get some one-on-one time with President Trump and Vice President Pence in recent weeks during their trips to Iowa… something he calls “invaluable”.

Blum encourages anyone who has issues with the federal government to contact one of his offices.

The Congressman wrapped up his visit to Manchester with some door-to-door campaigning throughout the city Tuesday afternoon. 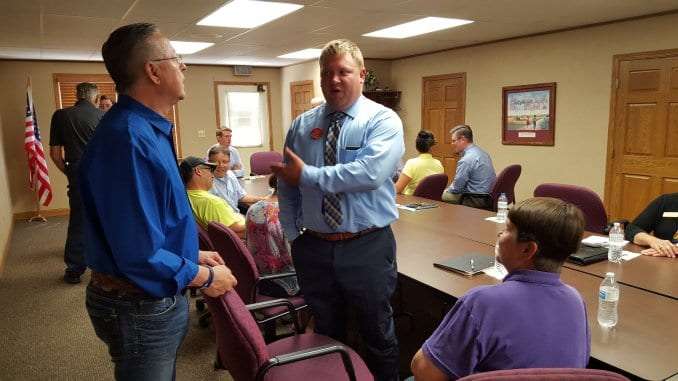