The railroad is installing a very tall tower in Manchester – and the City says there’s nothing they can do to stop it.

The communications tower will be located on Jasper Street just north of the railroad tracks and just east of South Third Street. It will stand 340 feet tall – that’s three times taller than the courthouse. It will measure about 25 feet at the base, gradually narrowing in width the higher it goes.

City Manager Tim Vick broke the news to the Manchester City Council on Monday night. He says city staff notified him about two weeks ago of a one-call that came from the CN Railroad regarding the installation of a tower. Initially, the City thought it would just be a standard 20-foot radio tower, but then noticed from the size of the footings that it was going to be much larger… so Vick contacted the railroad to find out what was going on.

Local officials say not only will the 340-foot tower be a bit of an eyesore, but there is a safety concern as well.

Vick says the railroad has already poured the foundation and he expects the tower to be finished yet this fall.

A map of where the tower will be located and the affected area is shown below. 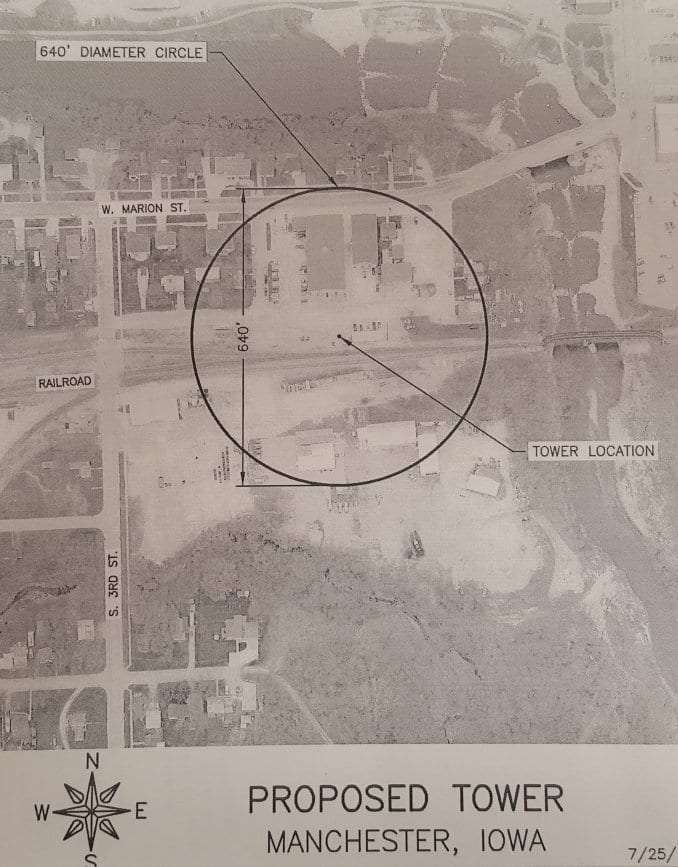