The final numbers are in for this summer’s Project AWARE clean-up along the Maquoketa River.

Twenty-one tons of trash was removed from the river through Delaware, Jones and Jackson counties from Manchester to Baldwin – that included over 11 tons of scrap metal and over 200 tires.

Most of the junk removed from the river avoided the landfill and was recycled.

The clean-up work was done entirely by volunteers. There were over 200 volunteers on the water each day of the five-day clean-up, ranging anywhere in age from 76 to just three years old. Almost twenty-percent of those volunteers were kids under the age of 18. 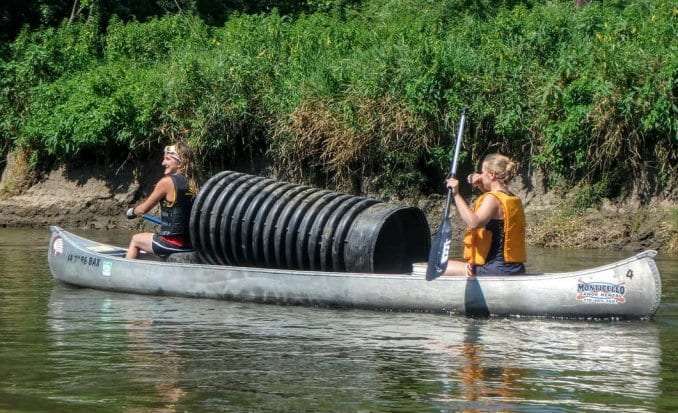