The Franklin Street Brewery is hoping to add a second-floor deck to their business in downtown Manchester.

The brewery has offered an outdoor seating area along their south sidewalk since it opened three years ago – but co-owner Chad Sands says a second-floor deck above that area along Delaware Street will benefit their customers by providing more outdoor seating, shade and a fantastic view of the Whitewater Park.

Sands says they are focused on making the deck a safe structure that will blend in with the look of the existing building, as well as the downtown. The deck would fit at least eight tables – more than double what the bottom outdoor seating area holds. Though the second floor of the building is not open to customers, they will be able to access the deck through an outdoor staircase from the current outdoor seating area. The deck would look similar to the photos below.

The proposed project was presented to the Manchester City Council on Monday night, with council members agreeing it would be a great addition to the downtown. Sands says they appreciate the community’s support as their business continues to grow.

The City would need a long-term easement lease, which would require a public hearing before the council could approve the project. If all goes as planned, construction will start in the spring and the brewery’s second-floor deck should be ready for customers by next summer. 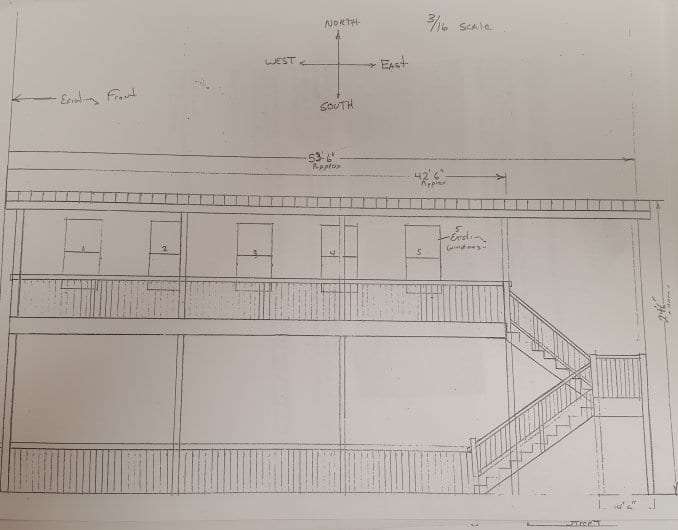