Hubbell held a Meet and Greet with the public at Fireside Pub and Steakhouse. Around forty local residents showed up to hear a few brief comments from Hubbell, a former businessman who is fairly new to politics.

This week, Hubbell and his running partner, Senator Rita Hart, launched a statewide mental health tour – meeting with mental health providers and Iowans affected by mental health funding cuts. He says investing in mental health care and reversing the privatization of Medicaid are among his top priorities if elected governor.

Hubbell was in Manchester earlier this year prior to the primaries and noted it was great to see a larger turnout this time around. He met with local residents in Elkader on Sunday, and says getting a chance to travel the state and visit with Iowans has been an eye-opening experience. 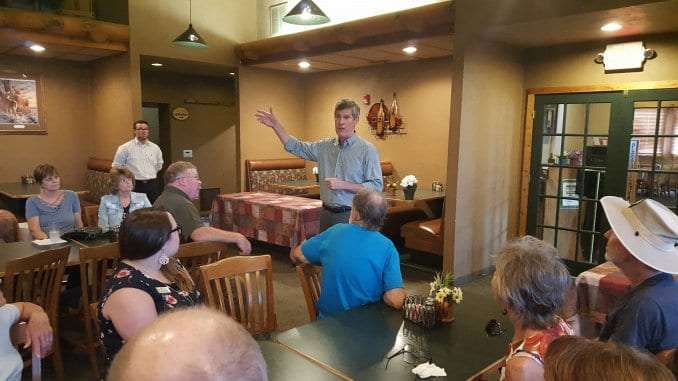 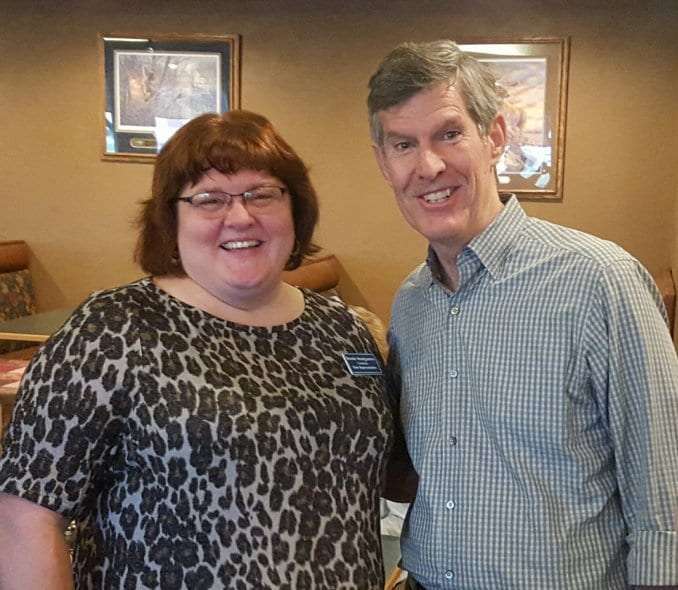 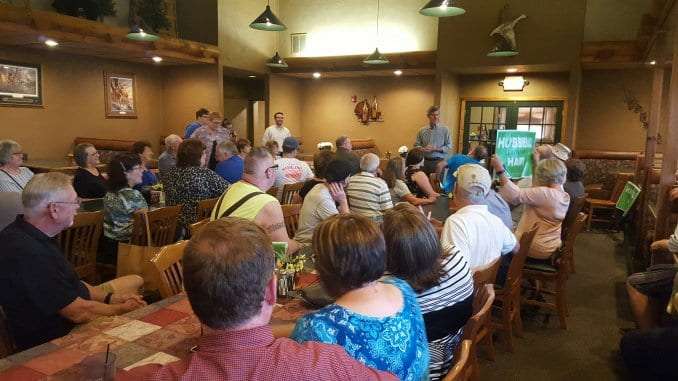