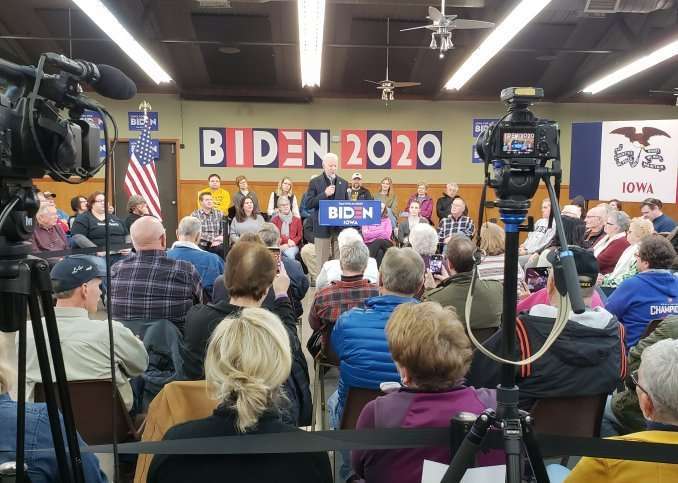 Over one hundred people attended the town hall event at the Delaware County Fairgrounds’ community center. Biden told the crowd he is more optimistic about the prospects of this country than when he was first elected to the U.S. Senate in 1972. 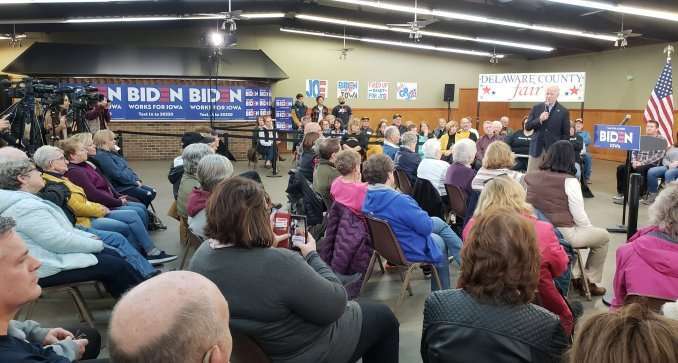 Biden took several questions from the audience, with the first one coming from Manchester resident Katie Mitchell. Katie was sitting in the front row wearing a shirt that read “Robin’s Voice”. She lost her mom, Robin Stone, to cancer just two months ago and promised she would continue her mom’s fight for healthcare. 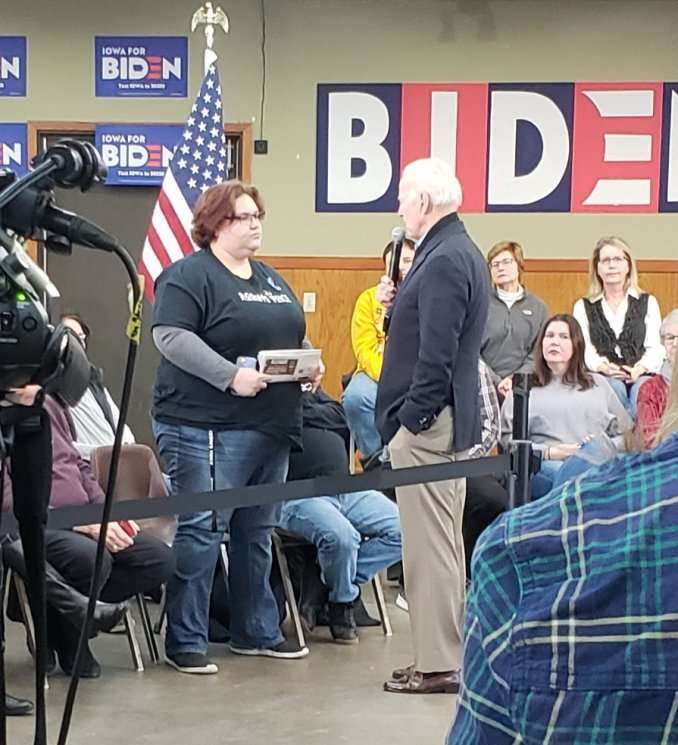 Judy McMahon of Manchester had a chance to express her concerns to Biden about social security.

McMahon’s question led to a conversation about the fact that she raised 14 kids – to which Biden’s jaw dropped. The national press’ cameras flashed as he walked into the crowd and bowed down at her feet. 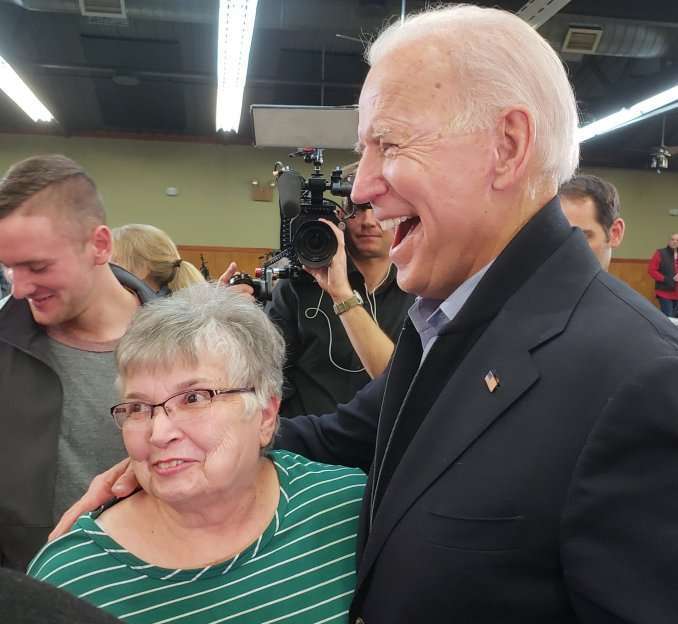 Former State Senator Brian Schoenjahn of Arlington feels the same. Schoenjahn had the honor of introducing the former Vice President to the crowd on Thursday night. He says he’s endorsing Biden because of his experience. 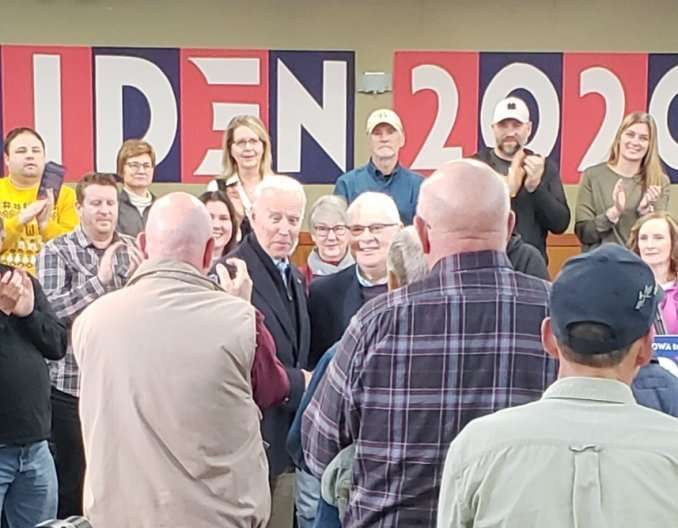 Manchester Fire Chief and Delaware County Emergency Management Coordinator Mike Ryan got the last word in with Biden before he left, bringing up the lack of proper and substantial EMS services in rural Iowa. 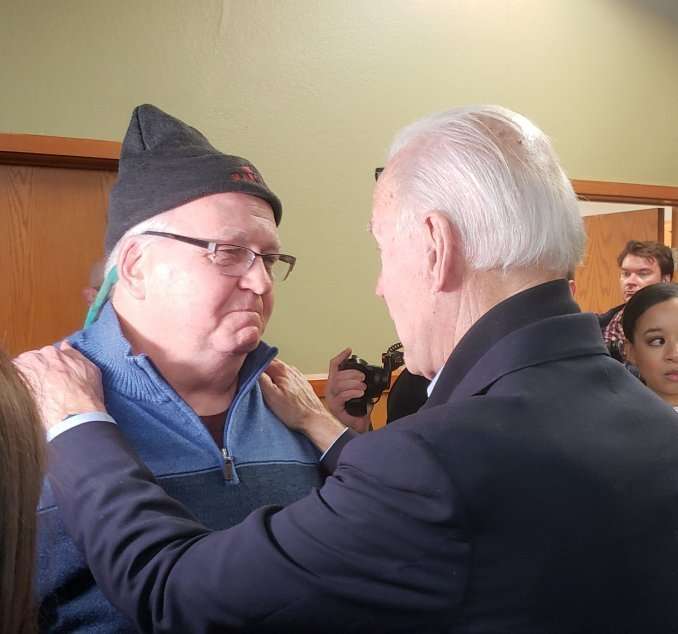 Biden will be appearing in the area again later today, with a community event at the Heartland Acres Agribition Center in Independence and doors opening at 5:45 pm. 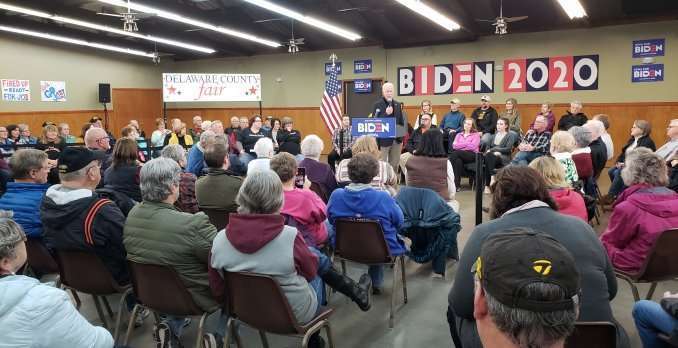 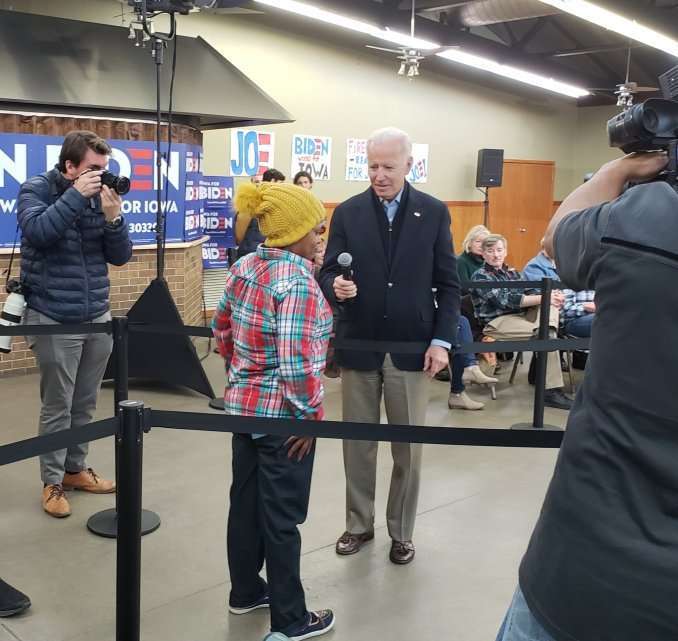 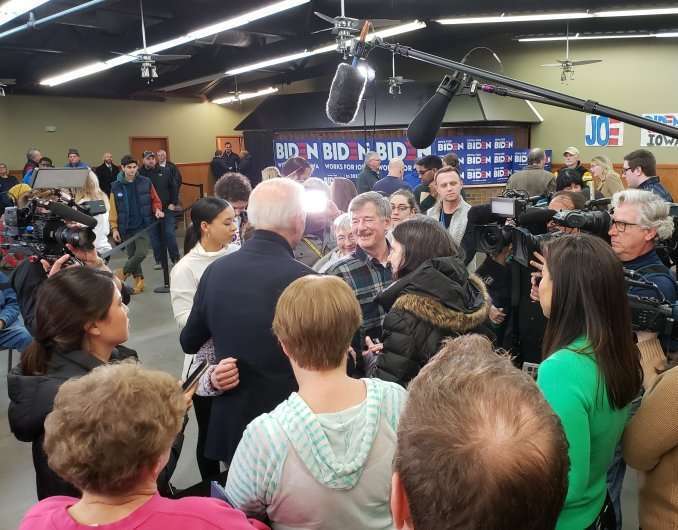 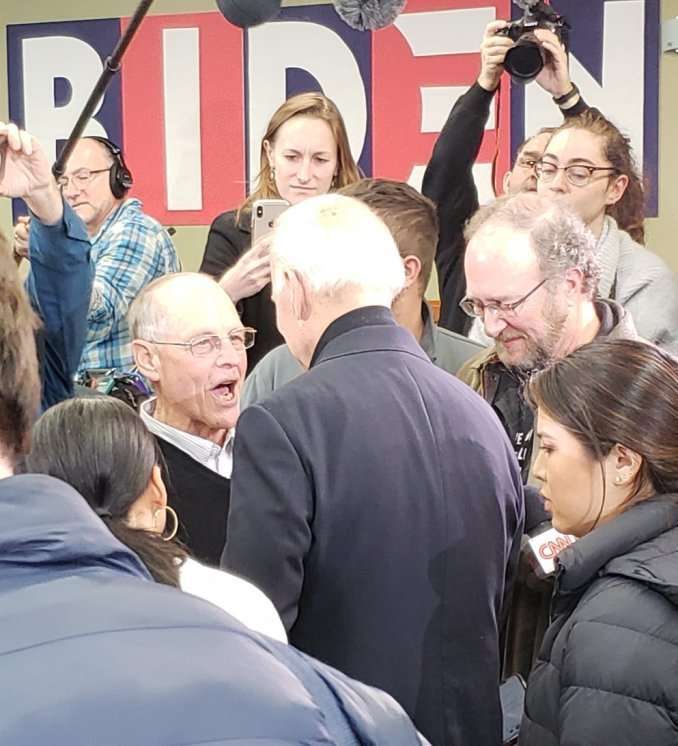 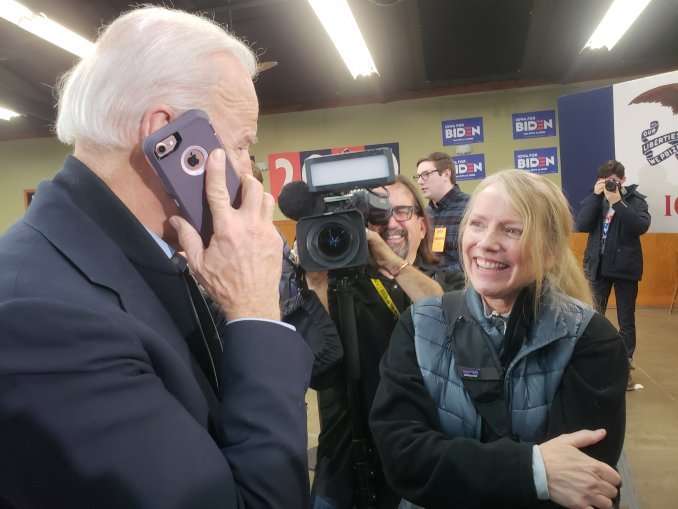 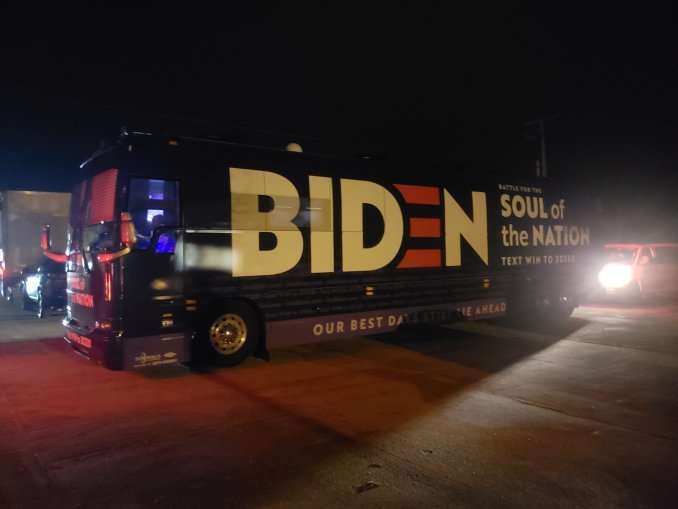