A Manchester man has been running across Iowa this week to honor his fallen co-workers at the Anamosa State Penitentiary.

Ryan Miller works as a correctional officer in Anamosa and says he wanted to do something following their tragic murders this spring.

Miller’s Run Across Iowa started in Sioux City last Friday. He’s already passed through dozens of towns, including Ellsworth, Grundy Center, Waterloo, Independence and Winthrop. He started his day Thursday about three miles west of Masonville and ran on Old Highway 20 into Manchester, with some people standing along the sidewalks of East Main Street cheering him on. When he stopped at the KMCH studios to visit with us, he said that moment of being greeted in downtown Manchester was his favorite part of the trip so far.

Miller’s family has been his support team along his journey. And he says the support he’s received across the state has been incredible. People have been encouraged to join him on his run, with KMCH’s very own Roger Reed running alongside Miller on Thursday morning from Masonville to Manchester.

Miller says having Reed along on Thursday’s journey gave him a boost.

From Manchester, Miller was headed on Old 20 to Earlville, with plans to stay in Dyersville for the night. On Friday, he’ll run to Farley, Epworth and Peosta before ending his journey on Saturday at A.Y. McDonald Park in Dubuque.

And along the way, he’s been raising awareness and money for his fallen co-workers – Correctional Officer Robert McFarland and Correctional Nurse Lorena Schulte – with around $10,000 raised so far.

If you’d like to donate to the cause and follow along with Miller’s journey, go to visionrunner.org. 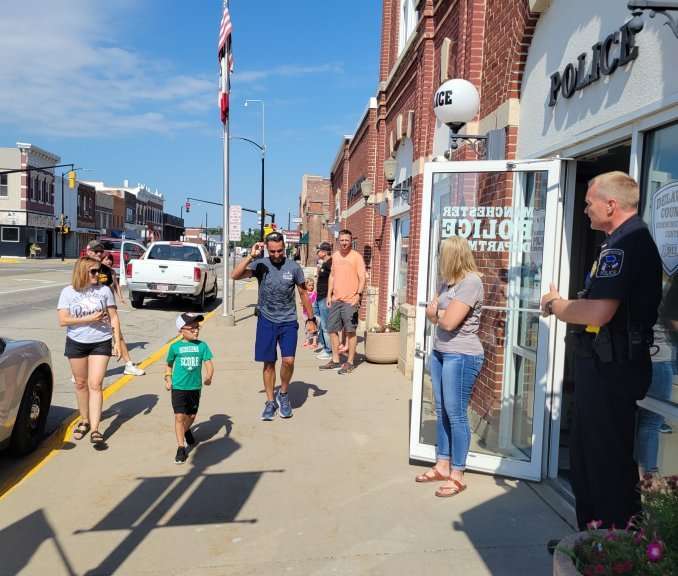 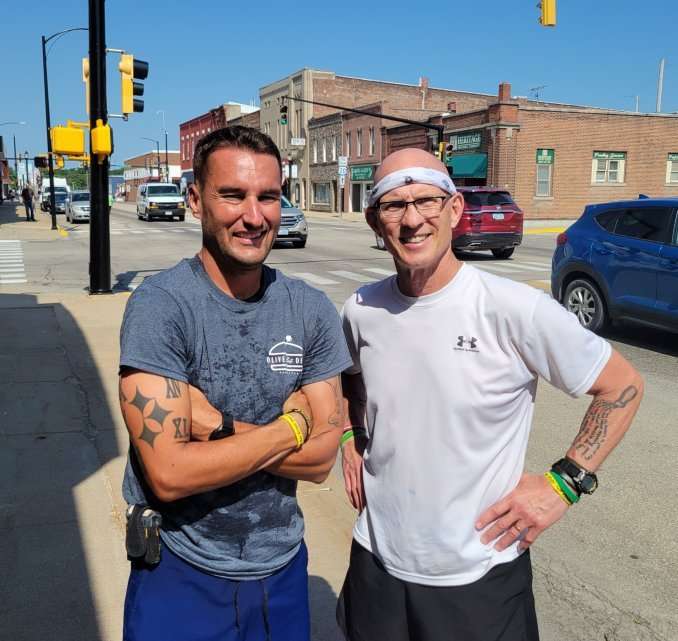 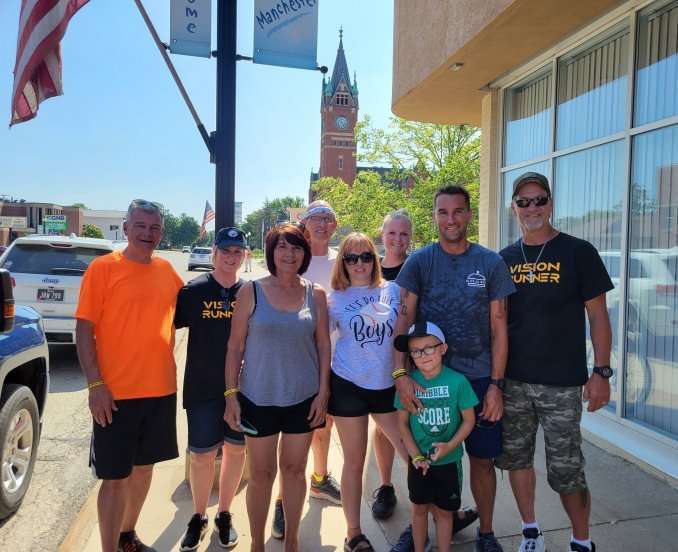 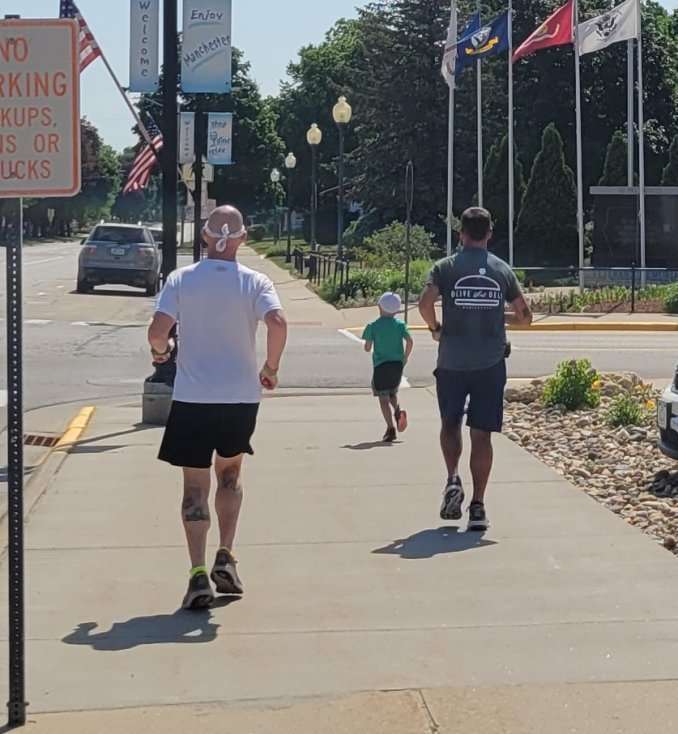 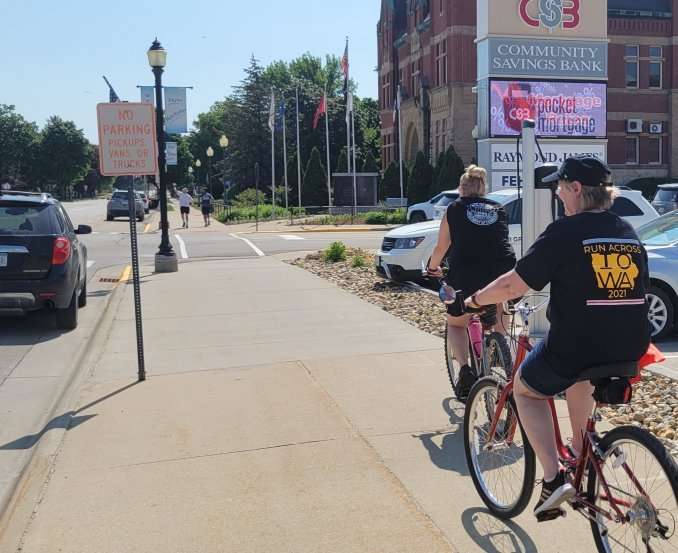