The Emerald Ash Borer has been discovered for the first time in Manchester.

City Parks and Rec Director Doug Foley says a local tree care company detected the borer in a dying Ash tree on the southeast side of town.

The Emerald Ash Borer is an invasive insect that was first detected in Iowa in 2010. It was discovered in Delaware County three years ago – but this is the first time it’s been confirmed within Manchester’s city limits. Foley says Ash trees are everywhere in Manchester – and unfortunately, now that the Emerald Ash Borer has been confirmed, those Ash trees around town will all eventually die.

The City of Manchester has been planning for the Emerald Ash Borer since 2013 – they’ve removed over 400 trees in the past six years.

But there are still many Ash trees on private property – and homeowners are responsible for their trees.

The City of Manchester has been planting a variety of trees to take the place of the Ash trees they’ve lost – and he recommends homeowners do the same.

If you’d like more information on the Emerald Ash Borer and treating your Ash trees, you can go online to hortnews.extension.iastate.edu or check out IowaTreePests.com. 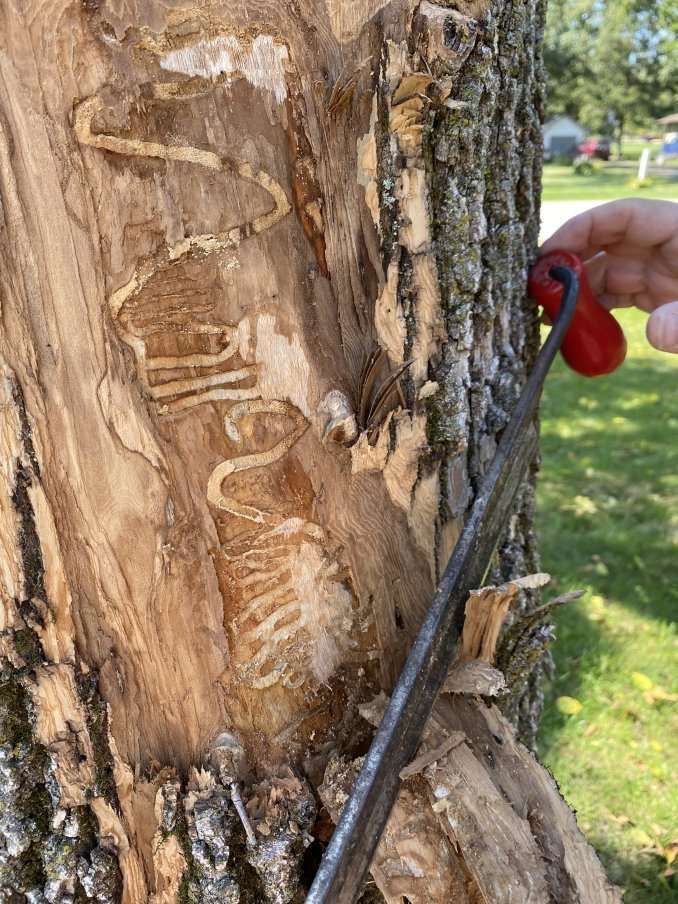