Monday leaf pick-up is scheduled for all areas south of Butler Street, but not including Butler. Pick-up will take place October 11th, 18th and 25th and November 1st and 8th.

Tuesday leaf pick-up is scheduled from Butler Street to Union Street, including Butler and Union. Pick-up will take place October 12th, 19th and 26th and November 2nd and 9th.

And Thursday leaf pick-up is scheduled for the area north of West Union and west of North Franklin to Acers Street, then all areas north to the city limits from Acers Street but not including East Acers or West Union. Pick-up will take place October 14th, 21st and 28th and November 4th and 11th.

The City says leaves may be put into the street 48 hours before your pick-up day, but they must be in the street before 7 am on your scheduled day. Please rake your leaves into wind-rows on the street two feet away from the curb line. Vehicles should not be parked within 50 feet of the wind-rows.

Crews will do their best to stay as close to the pick-up schedule as possible. 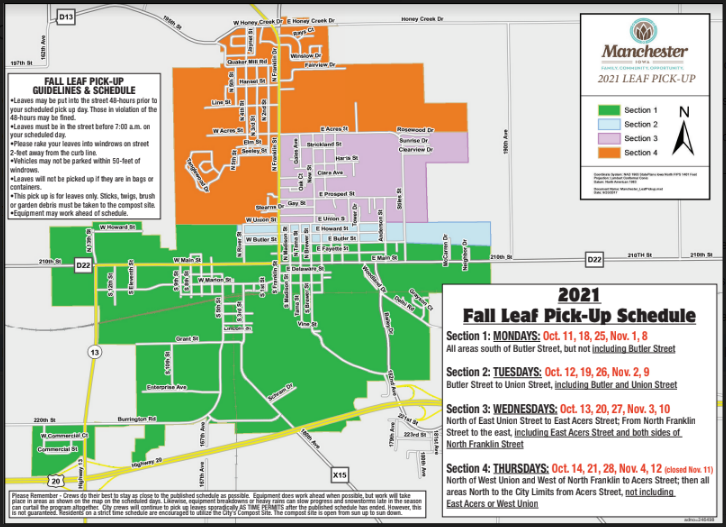