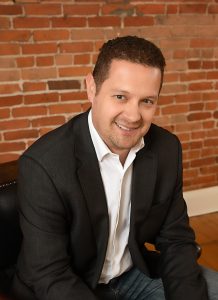 When he’s not here at KMCH, Justin is the Director of Marketing and Communications at Ketelsen RV. He still serves as host and Master of Ceremonies for a number of events throughout Iowa.

Justin grew up near Fayette in Northeast Iowa and spent summers baling hay and helping on the family dairy farm. When he got old enough to start thinking about a job away from the farm, the broadcasting bug bit him. He started his on-air career working part time at AM 950 KOEL in Oelwein in 1999 and was hosting the morning show on KOEL as a senior in high school the morning of September 11, 2001.

Highlights of his TV and radio career include nine hours of continuous coverage of the deadly EF5 tornado that tore through Parkersburg and around-the-clock coverage of the historic Floods of ’08 and again in 2016. He’s interviewed newsmakers including CBS News’ Major Garret, Robert Wagner, Jerry Seinfeld, Drew Carey, Wayne Brady, and others.

He’s an avid Iowa Hawkeye and St. Louis Cardinals fan, a 4th degree Knight of Columbus, an accomplished pianist and organist. As a kid, Justin wanted to be a music teacher, airline pilot, or game show host if broadcasting didn’t work out. 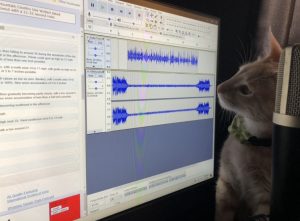 Peaches is a rescue kitten that was born August 31st of 2019 in the Amana Colonies. Born one of four kittens, Peaches was originally thought to be a little girl kitten… but alas, he’s now a big beefy kitten who enjoys naps, food, and laying in the kitchen sink.. He likes to go on road trips and when he’s able to escape the front door or sliding glass door, backyard adventures near Justin’s home. 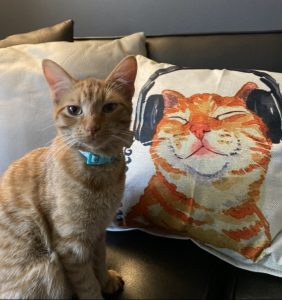 Mango is also a rescue kitten born April 11, 2020 in the rural town of Marengo. She is truly the baby of the household but has a commanding 8 pound presence. She loves to chase the robot vacuum around the house, get into any open drawer, and take naps early and often. She’ll even stand atop the stairs and loudly meow until everyone else follows her upstairs to go to bed.

-
Back to top button
Close