With school getting ready to start soon, local authorities spent this week at St. Mary’s School in Manchester – training on how to respond if there was a school shooting.

Officers from the Manchester PD, along with deputies from the Delaware County Sheriff’s Office and law enforcement from several other local agencies, spent two days this week taking the class. Hauschild says it’s important to spend time training with surrounding departments because they’ll be working together if an incident like that happens in one of our communities.

Fayette Police Chief Benjamin Davis was one of the instructors for this week’s training in Manchester.

26-year old Stone Allen is one of the Manchester PD’s newest officers. He says this week’s training was eye-opening.

Fellow instructor Jeremiah Owens with the Strawberry Point PD says the officers did a great job during this week’s training in Manchester.

Davis says every situation is going to be different, but there is one goal in mind.

Chief Hauschild hopes the training is something they’ll never have to use.

The lessons learned at this week’s active shooter training at St. Mary’s School could also be applied to other places in the Manchester community, such as churches, stores and restaurants. 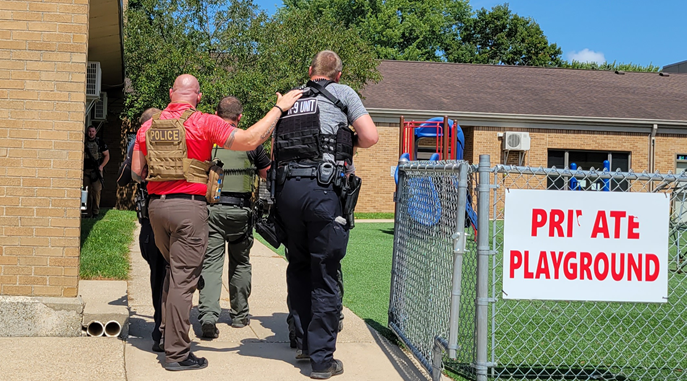 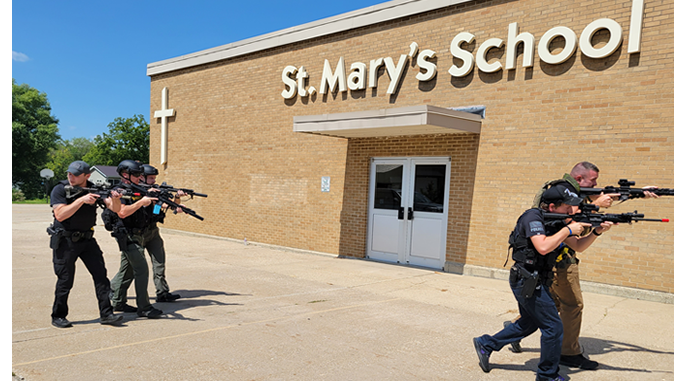 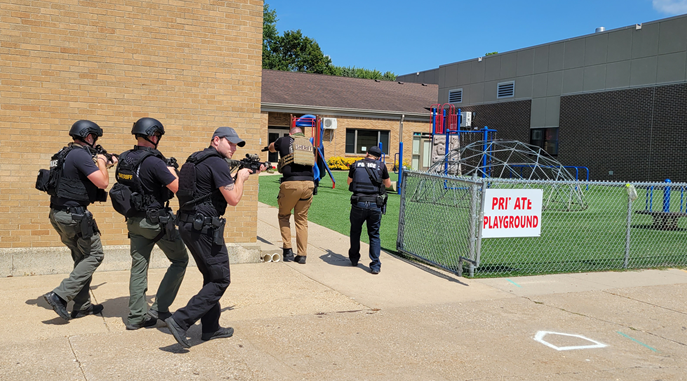 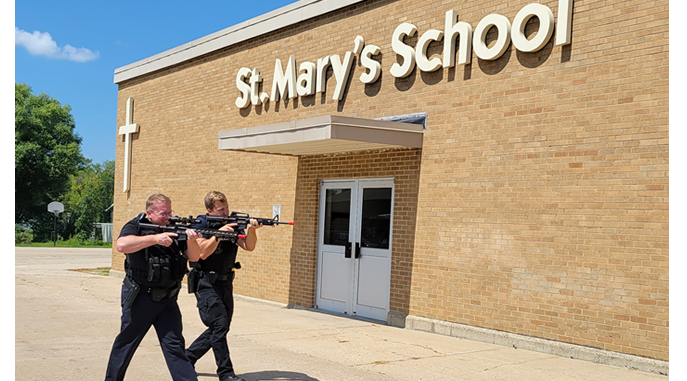 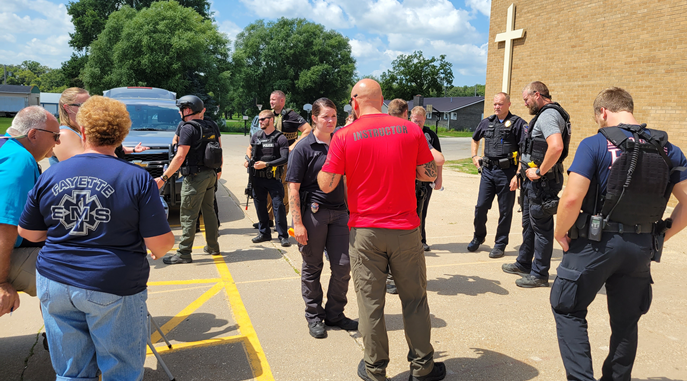