The Manchester City Council held a public hearing Monday night on a proposed amendment to the Manchester Urban Renewal Area.

The amendment involves an agreement with local developer Joe Hildebrand – he’s building his final set of condos (two duplexes) at Bailey Drive Estates (pictured below). The City’s proposed agreement with Hildebrand is the same as the previous four agreements between the two parties – with the City providing financial incentives in the form of incremental property tax payments of up to $170,000 over ten years. The agreement is expected to be approved at the next council meeting on April 25th.

Council member Dean Sherman says four to five years ago, there really wasn’t any building going on in Manchester – and this agreement with Hildebrand helped stimulate housing construction. Sherman says he’s thrilled with the results of what this incentive has brought to Manchester, as several housing projects have been happening around the city. City Manager Tim Vick agrees: 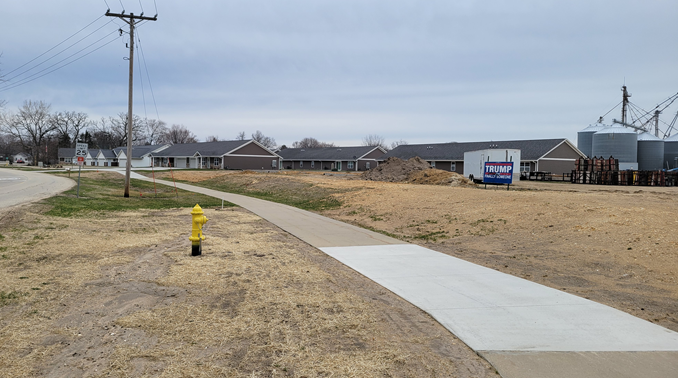 In other Manchester City Council news:

The Council approved two requests for special exceptions to livestock restrictions. Samantha Roddy has requested the ability to house up to three chickens in a coop in her mother’s yard at 432 South Brewer Street. Dennis Rogers is also requesting a chicken coop on his property at 500 Lincoln Street.

The Manchester City Council also reviewed a proposal from Sisters Marketing that was prepared for Delaware County Tourism. The Tourism Committee is asking the City what their goals are marketing the area. The Council says they’re not in favor of paying money to rebrand the Manchester community again since that was just done a few years ago – but they agree with the goals mentioned in the proposal, which include consistent messaging across all social media platforms and marketing channels and targeting a 50 to 60 mile radius around Delaware County for day trips to the area.

And finally, the Manchester City Council also approved a three-year lease agreement with Regional Medical Center. The City would like to use property north of the hospital (that’s currently not being used) for a small nine-hole disc golf course. The City would pay ten dollars a year to RMC. City Manager Tim Vick says it wouldn’t require much capital to put in equipment, noting that the biggest cost would be putting in a small parking lot.

The City hopes to have the new disc golf course ready to go late this summer or fall. 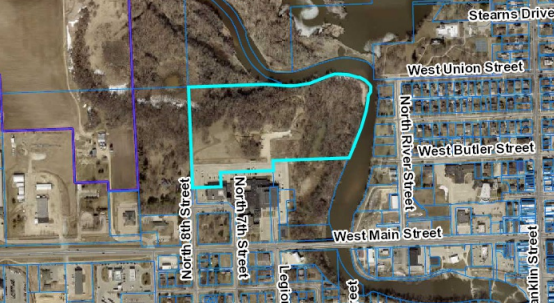