The Manchester Municipal Airport will be seeing some changes.

The City is working with the FAA on a long-range airport layout plan to bring the airport up to the FAA’s minimum standards. City Manager Tim Vick explains:

So, Vick says they need to look at how much land that will take to meet these minimum standards that will allow the airport to move to an instrument-approach rather than just the visual-approach that they have right now.

In working with the FAA, the City is getting grants to cover the costs of the runway expansion and land acquisition.

Vick says they’ve reached an agreement on terms with two properties – the Ruth Francois Trust and Jim Hill – and are still working on negotiations with three others.

The City believes updating the airport is important as an economic development tool.

You can find a photo of the airport layout below – the actual tract size and layout may be adjusted through negotiations. 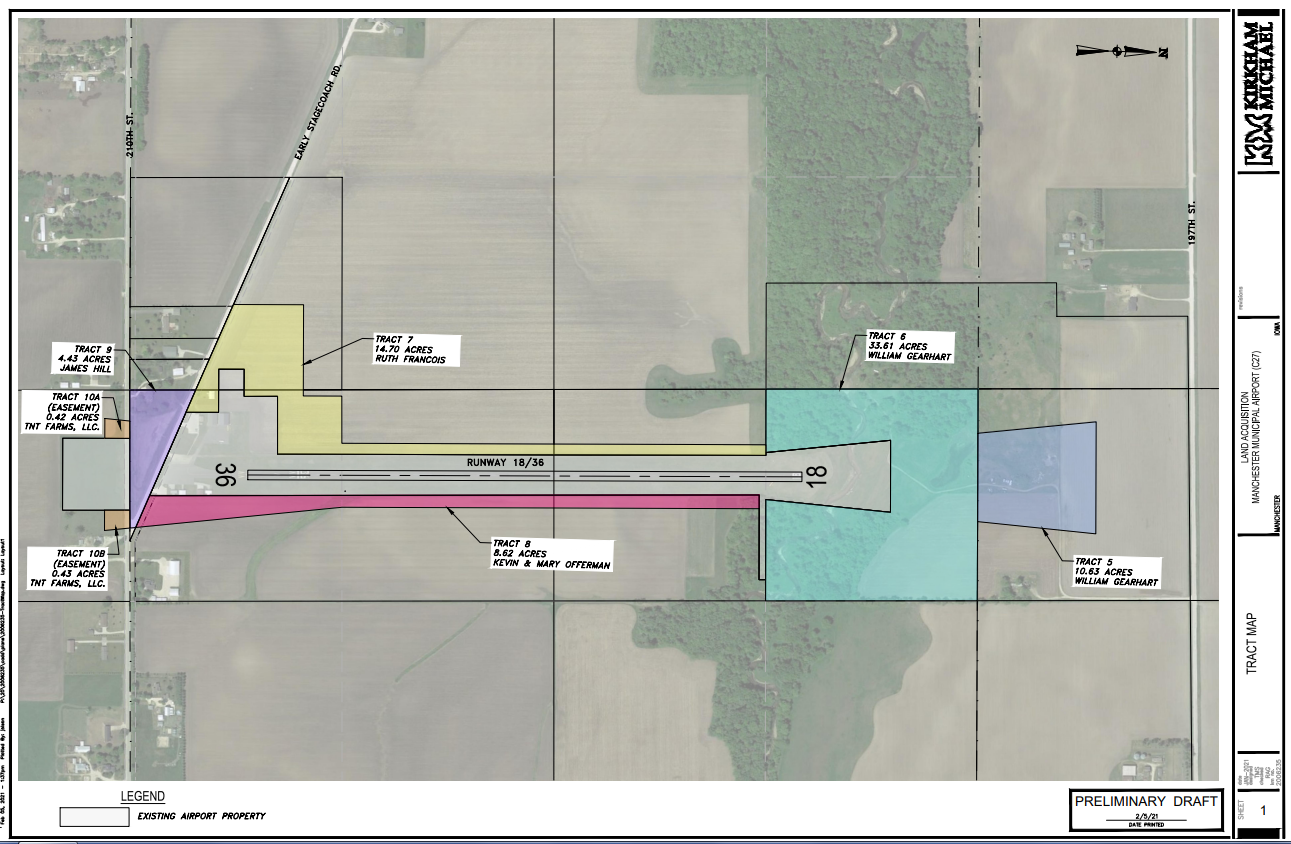