The new Delaware County Sheriff’s K9 will be receiving a protective vest.

The custom-fitted vest will protect K9 Eclipse from shooting and stabbing situations. It’s courtesy of a charitable donation from the non-profit organization, Vested Interest in K9s, Inc.

Vested Interest in K9s is a 501(c)(3) charity whose mission is to provide bullet and stab protective vests and other assistance to dogs of law enforcement and related agencies throughout the United States. Since their inception in 2009, they’ve provided nearly five-thousand vests to K9s in all 50 states at a value of six-point-nine million dollars – made possible by both private and corporate donations.

Vested Interest in K9s accepts tax-deductible contributions in any amount, with a single donation of $960 able to sponsor one vest. Donations can be made online at vik9s.org or you may mail your contribution to P.O. Box 9, East Taunton, MA 02718.

K9 Eclipse’s vest is sponsored by Kimberly Shader of Orlando, Florida and will be embroidered with the sentiment “Born to Love-Trained to Serve-Loyal Always”.

Eclipse’s new vest is expected to arrive within eight to ten weeks. 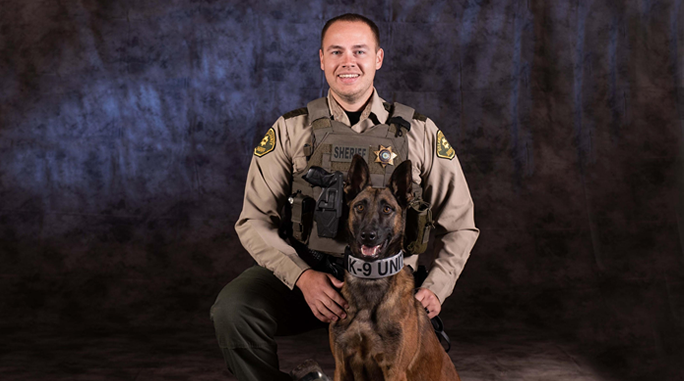