A semi crash in Clayton County led to a hazmat cleanup on Monday night.

The Guttenberg Fire Department says they were dispatched to the 300 block of North Highway 52 for an accident shortly before 6 pm. The semi-tractor, which was transporting milk, had crashed and rolled into a pond, where it started leaking milk.

The driver was transported to the Guttenberg hospital.

The only outlet from the pond was sandbagged to prevent any milk from getting into any other water source. The Linn County Hazmat team was called in to assist, with a plan to offload the tanker onto another truck before removing it from the water. Around 4,800 gallons of milk was offloaded from the tanker. The tanker was then removed from the pond and towed away.

The fire department cleared the scene five hours later – shortly before 1 am – with the road re-opened to normal traffic.

The DNR was contacted to assess any water or environmental issues with the pond. And the Iowa State Patrol is investigating the cause of the crash. 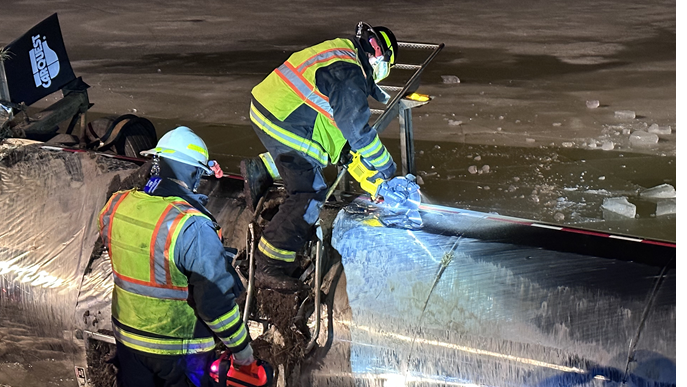 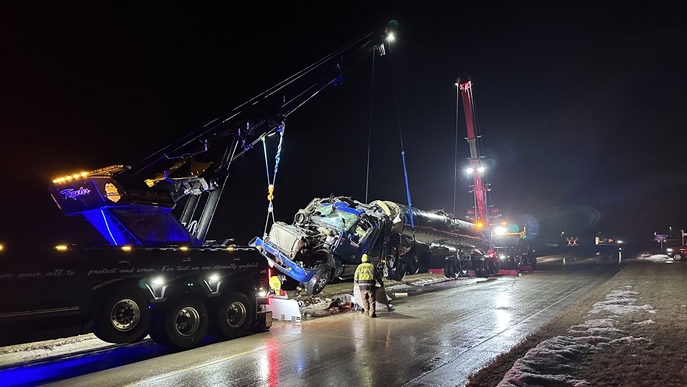