We saw some light snow showers throughout the day on Saturday – but our first accumulating snow of the season is moving in Tuesday and Wednesday.

Even though winter doesn’t start until December 21st, Cogil says this second round of snowfall is relatively on target – roughly ten days early.

Snow that accumulates will likely be sticking around for several days as he says air temperatures are expected to stay quite cold and there may not be a warming trend at least until next week. 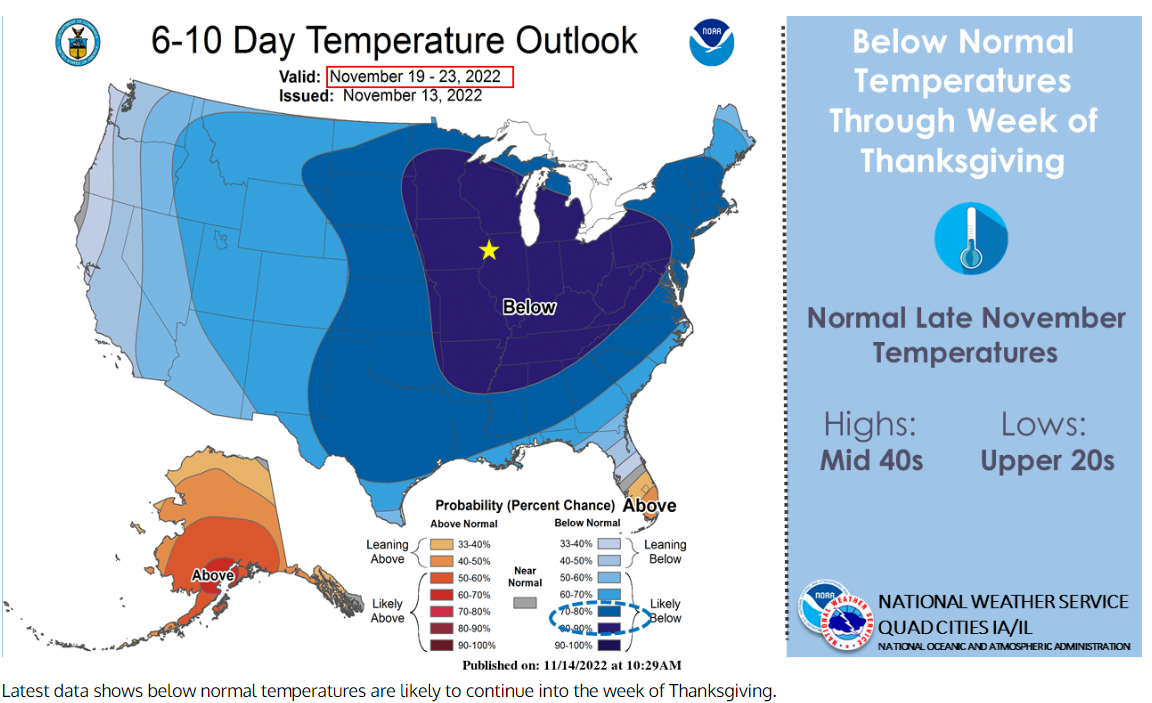